Who was Bhikaji Cama? 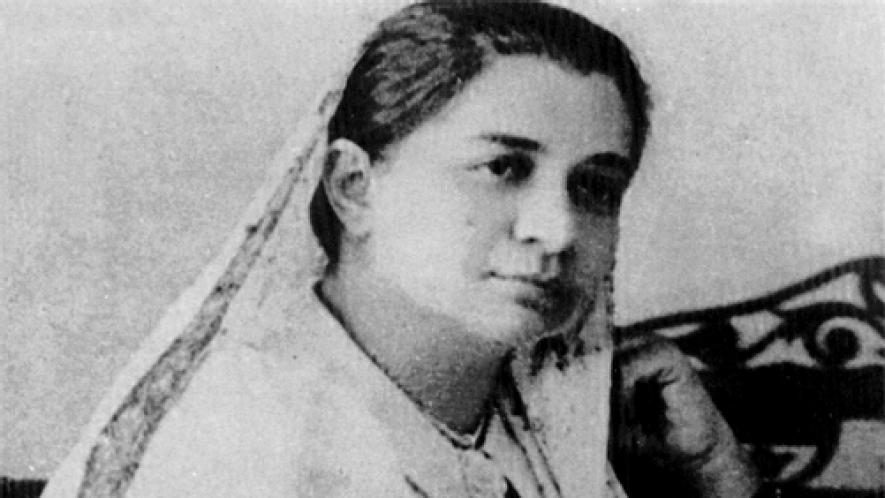 Those of us who live in India’s capital city New Delhi are used to seeing a huge building complex called Bhikaji Cama Place on the main Ring Road in Rama Krishna Puram.
How many of us know who Bhikaji Cama was? We have certainly not been taught this fact in our history books!
"India must be free; India must be a republic; India must be united." These were the words of the woman named Bhikaji Cama, who hoisted an Indian flag for the first time under the British rule.
Born on 24 September 1861, Bhikaji Cama was a freedom fighter who dedicated her entire life for the cause of India’s independence.
It was August 1907 when she unfurled the first National Flag at the International Socialist Conference in Stuttgart (Germany). "This flag is of Indian Independence! Behold, it is born! It has been made sacred by the blood of young Indians who sacrificed their lives. I call upon you, gentlemen to rise and salute this flag of Indian Independence. In the name of this flag, I appeal to lovers of freedom all over the world to support this flag."
The Indian independence was 40 years away, and the world was not fully aware of the burning patriotism of hundreds and thousands of young Indians who were ready to lay down their lives for the sake of freedom from British rule. The British were trying their best to put down the revolutionaries through harsh laws and brutal punishments. Treason was the greatest "crime" for which an Indian got a minimum of six years of black waters (kalapani) or deportation to Andamans and harsh punishment. Hence, what she did at Stuttgart was no mean achievement! 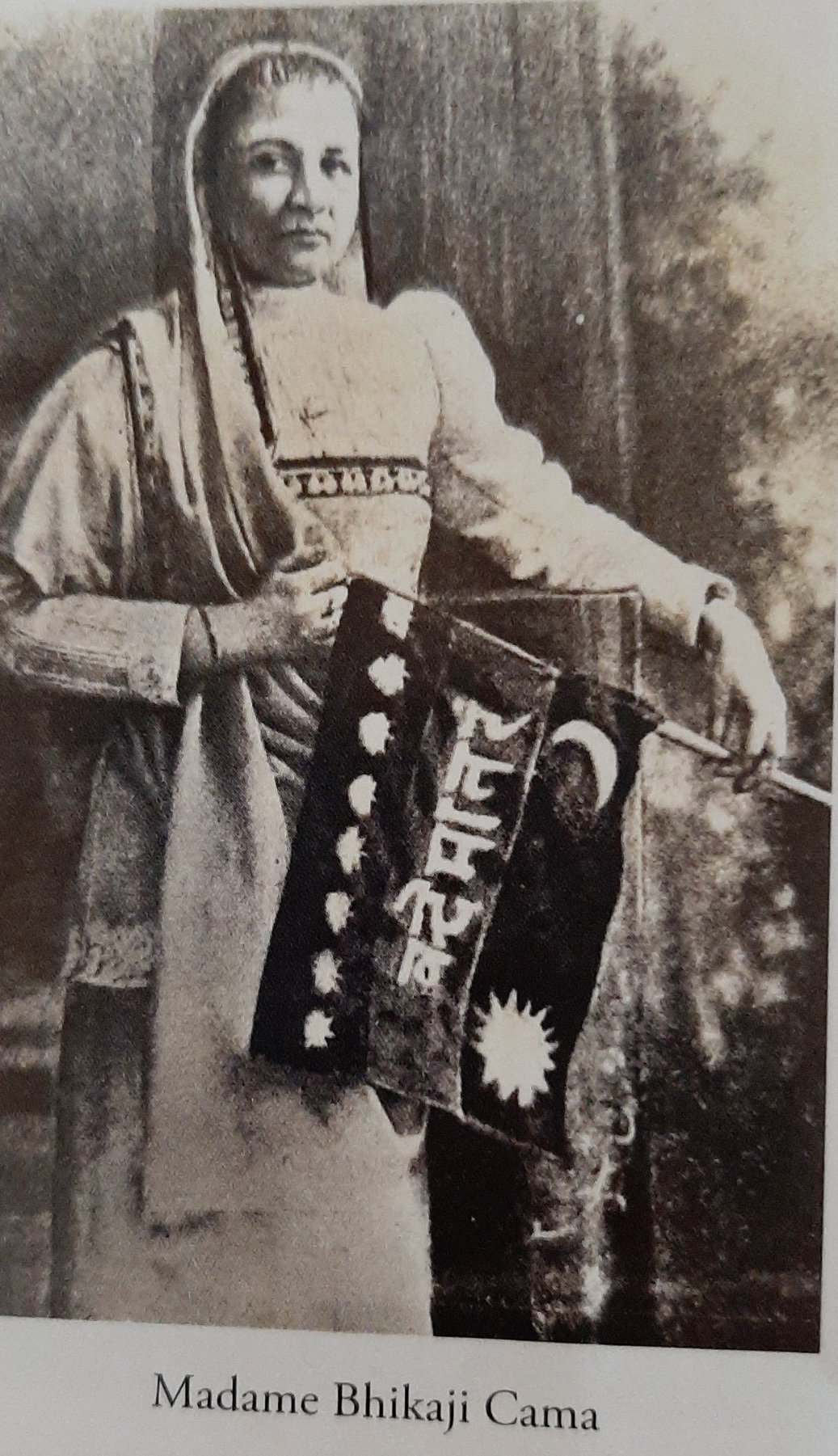 The flag unfurled by 46-year-old Bhikaji Cama was one of the many unofficial flags created during the freedom struggle, different from today's flag of India. This tricolor flag had green, saffron, and red stripes, with 'Vande Mataram' written on it. The eight lotus flowers on the green stripe in the flag represented the eight provinces of India. The sun and the moon indicated Hindu and Muslim faiths. This flag, it is said, was designed by Veer Savarkar with the help of other revolutionaries.
This flag is still on display in the Kesari Maratha Library in Pune.
After Stuttgart, she went to the United States, where she traveled extensively and informed Americans about Indians’ struggling for independence.
Later she returned to London where she started publishing booklets on patriotic literature. Though a believer in non-violence, she urged Indians to resist unjustified violence. She financed revolutionaries in and out of India. The British tried to get her killed, but she got wind of the plot and sailed off to France.
Her Paris-home became a shelter for world revolutionaries. Even Lenin, the father of Russian revolution is said to have visited her house and exchanged views, writes Dr. Jyotsna Kamat in a blog on Madame Cama.
Today, 114 years after the incident, we salute the lady’s grit, determination and fearlessness.