Security forces firmly in control of situation in J&K: Army

General Officer Commanding-in-Chief of the Northern Command Lt. Gen. Ranbir Singh chaired a meet of the Core Group of Intelligence & Security agencies in Srinagar to review their operational readiness in the face of any contingency. Pic credit: IANS

Against the backdrop of the prevailing situation in Jammu & Kashmir, the Army Commander, Northern Command, Lt. General Ranbir Singh chaired a meeting of the Core Group of Intelligence and Security agencies at Srinagar to review the operational readiness to meet any contingency that could adversely impact the security situation in J&K.

The Army Commander highlighted that during the past few days, Pakistan had intensified its efforts at increasing strength of terrorists in launch pads along the Line of Control (LoC), initiating ceasefire violations, pushing infiltrators across the LoC, calibrating terrorist actions in the hinterland as also exploiting the social media to launch disinformation campaign in J&K.

The Indian Army has given a befitting response in thwarting these nefarious designs of the enemy to cause disturbances in our country, particularly in the Kashmir valley.

He urged the people not to fall prey to the enemy’s evil designs to poison their minds with incessant propaganda and exhorted them not to proliferate or indulge in rumour mongering. He warned Pakistan Army against continuing with such a disruptive course and said that the Indian Army would respond to such activity with resolve and the cost would be prohibitive for the neighbouring country.

Giving details of security of the hinterland, it was highlighted that counter terrorism and law and order grids had been strengthened. The security forces are suitably deployed to guard important vulnerable points/areas, prepared for crowd control, and any other challenge that would be posed to the law and order situation in the state. There will be no let down in the conduct of counter-terrorist operations. The Army Commander stated that security forces are maintaining a high state of alertness and readiness to counter any inimical designs.

Serving a note of caution to those who harbour plans to disrupt peace and harmony within, the Army Commander stated that they would be dealt with firmly.

The changing political narrative with removal of Article 370 and bifurcation of the state into two Union Territories has necessitated a state of high alert. While the entire nation has expressed satisfaction with the decision of the government it is appreciated that the external enemies will use their proxies within to create trouble. A big challenge is being posed by rumour mongering that has the potential to create widespread panic and a fear psychosis.

There is a need for the security forces to remain vigilant. The words of the Army commander and the joint security meeting are indicative of the resolve and high state of preparedness of the security forces to meet any and every challenge that is posed by inimical powers with the intention of negatively exploiting the current situation.

Overall, the Security Forces are firmly in control of the security situation and necessary security arrangements had been put in place for ensuring peace and security. The assurance given by Home Minister Amit Shah that there will be no untoward fallout of the decision of the government in Jammu and Kashmir has been further substantiated by the Army Commander on ground. 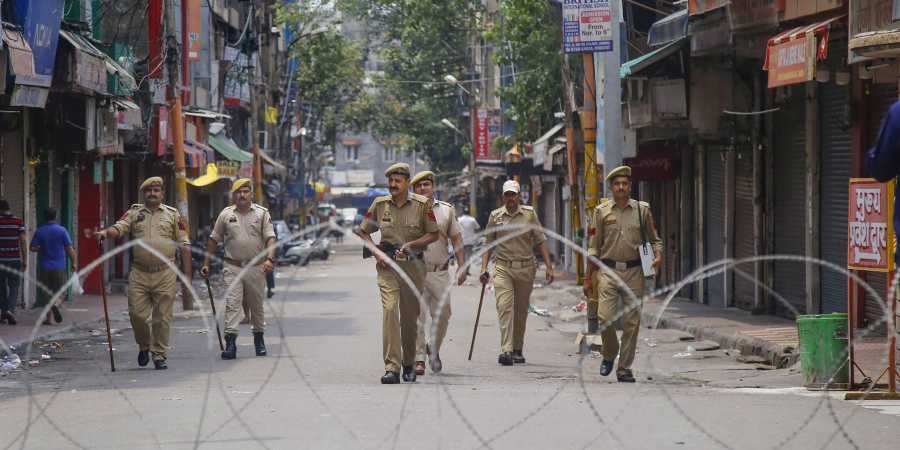