Their launch pads are scattered along the Line of Control (LoC). That veterans of the Tehrik-e-Taliban Pakistan (TTP) have joined these groups to execute terror attacks in J&K, is a very serious development.

These veterans have been armed with sophisticated weapons by the Pakistan-based terror outfits, reports indicate.

Intelligence agencies suggest that the terrorists are attempting a massive terror attack like the one that took place in Pulwama in February, where a suicide bomber targeted a convoy of the Central Reserve Police Forces and killed 40 personnel. Intelligence agencies said allowing the Amarnath Yatra to progress at this point is untenable.

Under the cover of cross-border firing along the LoC in the last 14 days, sources said that small groups of fidayeen (suicide squads) have infiltrated into the high reaches of south Kashmir.

Notably, the Indian troops had recovered an advance M24 sniper two days ago in the Chandanwari (Amarnath Yatra route), which has generally been used by Talibani veterans in the past.

Handlers of Pakistan's Inter-Services Intelligence (ISI) are reportedly playing a key role in JeM and LeT's plans against India.

The ISI has reportedly planned to target the flag hoisting ceremonies across all villages of Jammu and Kashmir on August 15.

The latest intelligence inputs have put the top security establishment in New Delhi on high alert. National Security Advisor Ajit Doval and a team of top security officials had visited Srinagar last week for an urgent assessment of the ground situation in the state.

Based on the observations in the NDA's assessment report, the Centre has sent additional paramilitary forces in the Valley in order to tighten security.

The Centre's decision to curtail the Amarnath Yatra - which was to end on August 15 - and the evacuation of domestic and foreign tourists in the Valley was reportedly taken as part of security measures in response to the imminent threats.

Between July 29 and August 3, multiple attempts have been made by terrorists to infiltrate into India across the LoC.

One of the infiltration attempts was successful and four to five terrorists managed to enter, sources said.

Five men of Pakistan's Border Action Team or BAT were killed while they were trying to infiltrate and strike at a forward post in the Keran sector over the last two days.

Sources said it was a massive effort to target the Indian troops, which may have involved around 20 Pakistani regulars and terrorists. BATs usually try to maim or mutilate Indian soldiers by ambushing them. BAT generally comprises special forces personnel of the Pakistan Army and terrorists.

A BAT team had crossed the LoC and the fence and they were eliminated only when they were very close to an Indian post in Keran.

The Indian Army has made an offer to the Pakistan Army that soldiers may come in with white flags to recover the bodies. However, typically, there has been no response from Pakistan’s side on this offer.

Similar terror bids were foiled in three more areas i.e. Gurez, Machil, and Tangdhar. There have been four infiltration bids by the Pakistan Army and terrorists in one week. 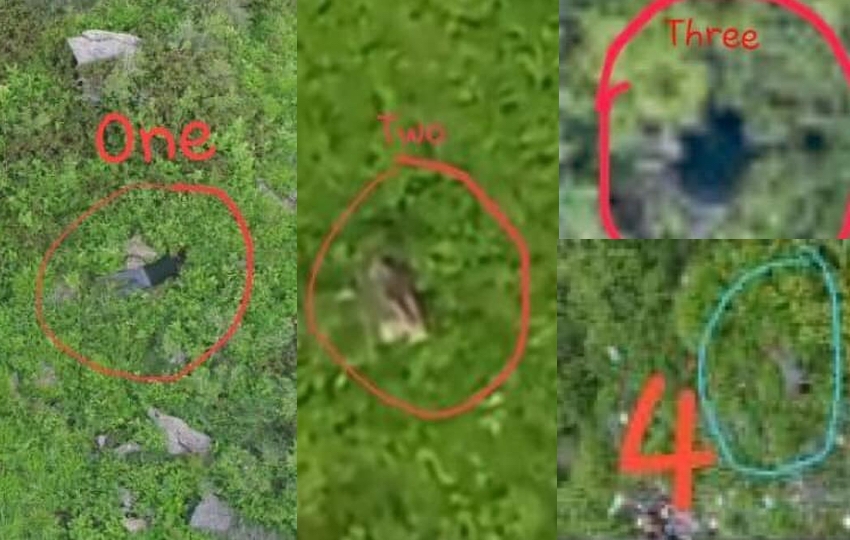 Images of the dead Pak soldiers lying in the foliage in Keran sector, released by Indian Army.