If political leaders had attempted to instil confidence, allay people's insecurities, this panic situation would not have happened at all 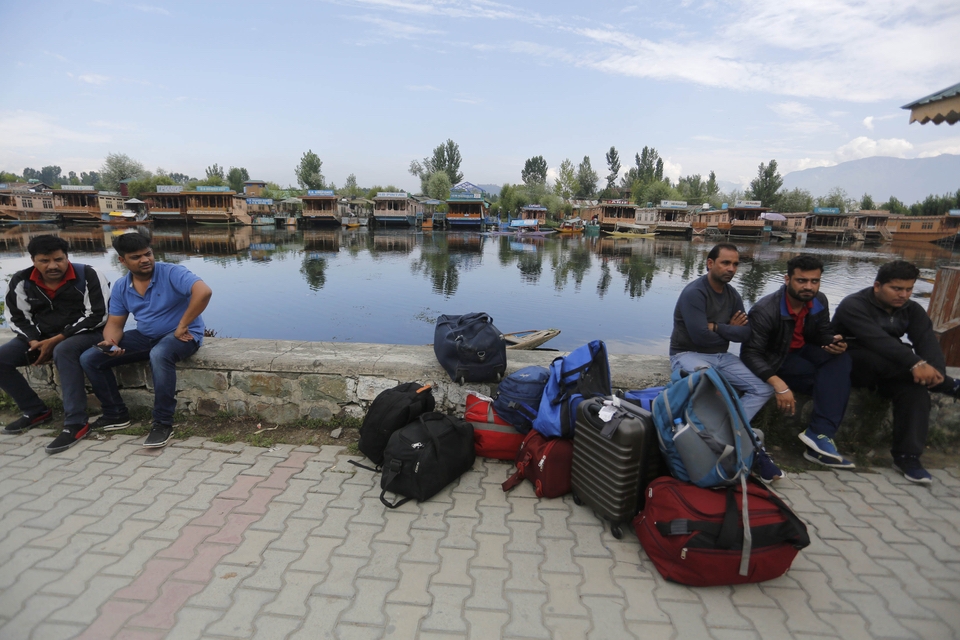 Tourists in Srinagar waiting for transport to return home. Pic credit: The Legitimate

What exactly has happened in Kashmir in the last few days that is so out of the ordinary? There has been a movement of a few thousand troops – so what? Is it the first time that troop movement has been seen in the Valley? The government has clarified that the movement is to carry out a routine turnover, prepare for elections and also to give some respite to troops who are overworked due to security commitment for Shri Amarnath Yatra. Operationally, both reasons make a lot of sense, so why this chasing of ghosts? In any case, what difference will a few thousand additional troops make to the existing deployment that has weathered much bigger storms?

Is this the first time that an advisory has been issued to Amarnath Yatris? Almost every year the pilgrimage witnesses a pause due to some security alert or the other. The government has clarified that the alert has been issued since some military hardware with Pakistani markings has been found on the pilgrimage route. Security protocol demands complete sanitisation of the area which takes time. Is this, by any means, out of the ordinary?

New Delhi is hyper-sensitive about safe conduct of the Yatra, especially so, since the state is under Governors rule. It has spent millions in technology and additional manpower to ensure fool proof security. At this point in time, when the Yatra is in its last leg, the administration is bound to be over cautious, hence the advisory to cut short the vacation and get back home safe and sound. What is so odd in this? The Yatra has not been called off, it has been suspended, so there remains a chance of resumption once the security environment is stabilised.

In a press conference the General Officer Commanding (GOC) of the Srinagar based Chinar Corps has clarified that the last few days have witnessed an increase in activity from across the border. Cease fire violation have once again started as have the sinister Border Action Team (BAT) operations. There have been a series of infiltration attempts that have been successfully thwarted. Pakistan had put a plug on such activities as a prelude to the meeting of Prime Minister Imran Khan with US President Donald Trump since he wanted the latter to agree to resumption of aid. Now that the Pakistani premier has come back empty handed, is it not logical for the Pakistan to declare business as usual on the border? What is happening on the border is not increase in activity by Pakistan; it is resumption of activity by Pakistan. What is new or extraordinary in this? Definitely the situation requires a professional response from Indian security forces and extra caution for some days is part of that professionalism.

The problem is that a particular political segment in the Valley has a proclivity to see demons everywhere and talk about them. The situation has given to this segment the opportunity to come out of political wilderness and the opportunity is being exploiting to the hilt. If these very political leaders had attempted to instil confidence among the people and allay their insecurities, this panic situation would not have taken place at all. Sadly, instead of showing maturity they sought to ride on the fears of the people and thus added fuel to the fire. They are least bothered about the effect on the common man and the economy of the state.

The next blameworthy element is the social media. Everybody seems to have become an alter ego of Prime Minister Narendra Modi with inside knowledge of his mind and chosen course of action. Scenarios ranging from removal of Article 35A to trifurcation of the state are being uploaded with utmost confidence and are being dutifully forwarded by millions. With each passing hour the options are becoming more and more bizarre. The latest is that all of this is a plan hatched by the US, Pakistan and India to break CPEC and thus marginalise China – can it get more ludicrous than this?

Nobody is ready to give credence to the fact that senior most functionaries are denying the existence of any unprecedented reason behind the tightening of security protocols in the last few days. Governor Satya Pal Malik has categorically denied knowledge of any move by the centre to remove Article 35A or Article370. He has stated that there is no change in the stature of these issues. Senior most security commanders have addressed a press conference to allay all fears, yet, some political leaders and the social media are not ready to relent from the endeavour to create panic.

Quite apparently, the present chaos is based only on speculation. The panic which started on 29 July came under control a day later but because of some statements by local leaders and social media it gained momentum all over again to reach the present level. This proves that the people did not fall prey to the rumours but have been forced to do so by constant negative conditioning by those who will gain tremendously by keeping the pot boiling.

The aforementioned argument does not imply that the government will not remove Article 370 and Article 35A. It is ideologically inclined to the abrogation and has spelt it out as a mandate during the recently held parliamentary elections. The present activities, however, do not seem to be directed towards this end due to a number of reasons. First, no government would like to take this kind of an action so close to the Independence Day. Secondly, the government would not have liked to inconvenience the pilgrims to Shri Amarnath shrine.

The people of Kashmir should not get swayed by malicious propaganda. They should resume their routine life without fear or insecurity. By so doing they will give a befitting response to those evil forces that are blatantly attempting to disrupt their lives and cause to them great financial loss.

(Jaibans Singh is a reputed security analyst, columnist and commentator) 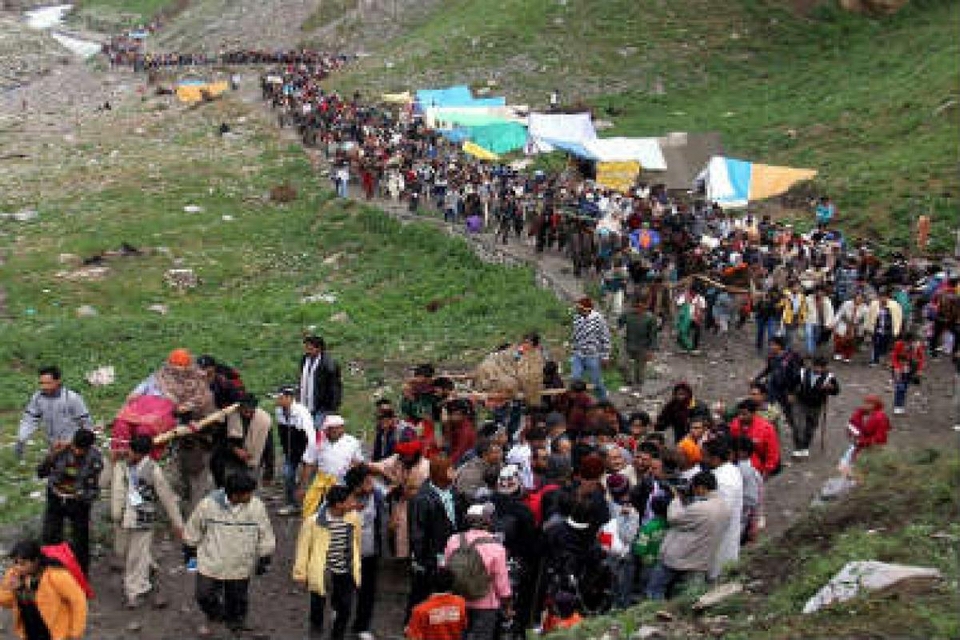