Indian historians have also been neglecting Kashmir — and important aspects of its culture — in their discourse. 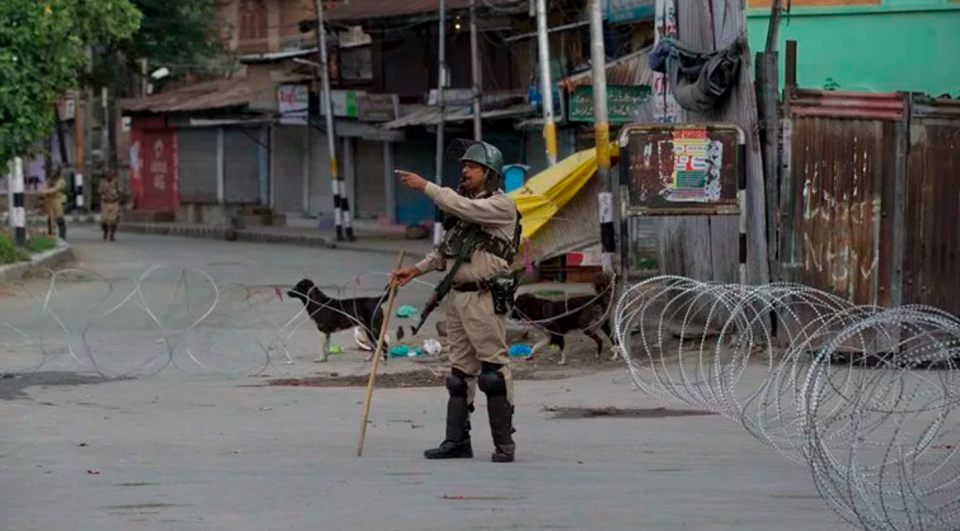 According to the Nilamata Purana, the oldest mythological scripture documenting the history of the land, the first king of Kashmir, Gonanda, was a contemporary of the Kauravas and Pandavas. (Pic credit: AP)

There is a lack of awareness about the history of Kashmir among people. This was reflected immediately after the recent developments in Jammu and Kashmir hit the headlines. In fact, Indian historians have also been neglecting Kashmir — and important aspects of its culture — in their discourse.

Pandit Kalhana, who first chronicled the history of Kashmir in Rajatarangini, sometime in the 12th century, wrote about the land: “Kashmir may temporarily buckle under pressure. However, it cannot be subjugated by using force.” In the context of the unsavoury remarks made about Kashmiri women recently, one needs to check a few historical references about them. Kalhana said that the Kashmiri women who danced in Shiva temples to celebrate their devotion during the pre-Islamic period, also had the guts to revolt against unjust kings.

According to the Nilamata Purana, the oldest mythological scripture documenting the history of the land, the first king of Kashmir, Gonanda, was a contemporary of the Kauravas and Pandavas. He and Yudhishthir were coronated at the same time. It also mentions that Gonanda was a relative of Jarasandha, the king of Magadha. During a battle between Krishna and Jarasandha, the latter sought help from Gonanda, who attacked Dwaraka. Gonanda was killed by Balarama in the battle. Damodara succeeded Gonanda. To avenge his father’s death, Damodara launched an attack on Dwaraka. However, he, too, met the same fate as his father. His pregnant wife, Yashomati, was pardoned by Krishna. She gave birth to a boy named Gonanda II, who became the new king. Krishna told those who opposed his decision to support Yashomati that the land of Kashmir symbolised Parvati, Shiva’s consort, while the Kashmiri king was a partial incarnation of Shiva. Hence, he should not be punished under any circumstance. Instead, they needed to establish good relations with him.

Moving away from the puranas, Kashmir has influenced Indian history even as almost every branch of knowledge flourished in the region, enriching Kashmiri culture. The Naga, the Kush, the Kapisha tribes had inhabited this land which has been a melting pot of many religious streams. Since the Vedic period, Shaivism, Jainism, Buddhism and Islam have flourished here.

Mesmerised by the beauty of Kashmir, Mughal emperor Jahangir had said that he was ready to forsake all his empire, if only someone offered Kashmir in exchange. The story goes that he had exclaimed, “Gar Firdaus bar-rue zamin ast, hami asto, hamin asto, hamin ast (If there is a heaven on earth, it’s here, it’s here, it’s here)”. This land has attracted scholars, seers and religious leaders from across the world. Possessing a rich pre-Vedic culture, Kashmiris also welcomed the Vedic religion, moulding it in their own unique style. Following the rise of Buddhism, Kashmir greeted it too. The religion developed into the Mahayana and Vajrayana sects and spread elsewhere. When Kashmir embraced Islam, it maintained its pre-Islamic cultural traditions, thus shaping Islam in a unique fashion.

The archaeologist and historian Aurel Stein had observed that Kashmir is the only state in India which has preserved its history of over 5,000 years. Scholars from across the world like Stein, Buhler, Walter Lawrence were attracted to Kashmir because of its history. What ancient Greece has been to the Western world, Kashmir has been to India. Jawaharlal Nehru said that Kashmir had led India intellectually for almost two millennia.

Kashmir also has a glorious political history — for instance, the triumphs of Lalitaditya-Muktapida (725-761). Kalhana says, “Lalitaditya achieved a reputation that this country had never attained before. He invited many scholars to Kashmir. After defeating Yasovarman, the emperor of Kannauj, he took the scholars of Kannauj to Kashmir. One of them was a foremost Kashmiri scholar and the epitome of Shaivism, Abhinav Gupta’s ancestor, who originally belonged to Tryambakeshvar in Maharashtra, writes scholar RC Dhere in his book Tryambak Math.

The Kashmiri people fondly remember another golden era in their history, the reign of King Zain-ul-Abidin or Bud Shah from 1420 to 1470. He ensured justice to the Kashmiri Pandits, whom his father Sultan Sikander had persecuted and forced into exile. He brought them back into Kashmir. Poet-saints such as Lalleshwari and Nund Rishi also carried forward the tradition of reconciling various ideologies.

Marathi scholar Aruna Dhere, who edited the Marathi version of Rajatarangini, says: “Before establishing a bond of affection with the Kashmiri people, one needs to understand the underlying innocence but rebellious nature of the Kashmiri people. It is the outcome of the history of thousands of years.”

The writer is founder-president of Sarhad, a Pune-based NGO that works in education