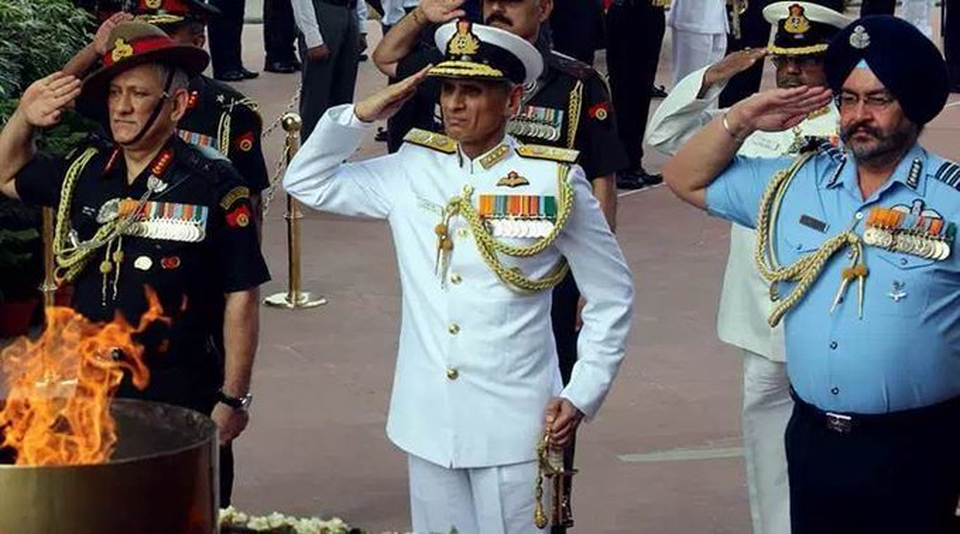 NEW DELHI: In a major move towards restructuring Indian Army to make it more efficient and systematic, Defence Minister Rajnath Singh on Wednesday approved the first batch of changes out of the various proposals his ministry was mulling from some period of time.

The restructuring of the AHQ is in line with the government’s plan to covert the 1.3-million strong Army leaner and meaner for a 21st-century war. The decision to re-structure has been taken based on a detailed internal study, which was conducted by the Army Headquarters (AHQ).

The restructuring of the Army Headquarters will be under three broad categories:

In an effort to trim the number of officers posted in the Army Headquarters from the present 1,332 down to 1,203, the Army has freed 206 officers who will be sent to field areas to join the fighting formations and units of the field army.

Presently, vigilance function is under the Chief of Army Staff and there are multiple agencies and no single point interface. With the restructuring, there will now be an independent vigilance cell under the COAS and there will be ADG (Vigilance) under him. Also, three colonel level officers from the three services will be part of the team.

To address issues related to the Human Rights Convention and values, an umbrella organization under the Vice Chief of Army Staff (VCOAS) has been set up. There will be a special Human Rights Section headed by ADG (Major General rank officer) directly under the VCOAS, whose main task would be examining any Human Rights violation. And a Police officer of SSP/SP rank will be taken on deputation.

A Financial Express report quoted Lt. Gen. A.B. Shivane (retd), former Director-General Mechanised Forces as saying: “This step in the right direction but hope future staff requirements in Directorates like Military Operations; Military Intelligence and Perspective Planning need to be envisaged with our expanded areas of interest and multi-domain threats. Thus the need is for right sizing and rebalancing for optimal efficiency with future perspective in mind.”

The most important aspect of efficiency lies unaddressed is the bureaucratic functioning of Army Headquarters which impacts decision making and efficiency. Has that been addressed? Or are we adding more layers? There are too many layers of processing which is self-defeating, according to the former general.