On phone with UK PM, Modi raises concern at I-Day violence against diaspora 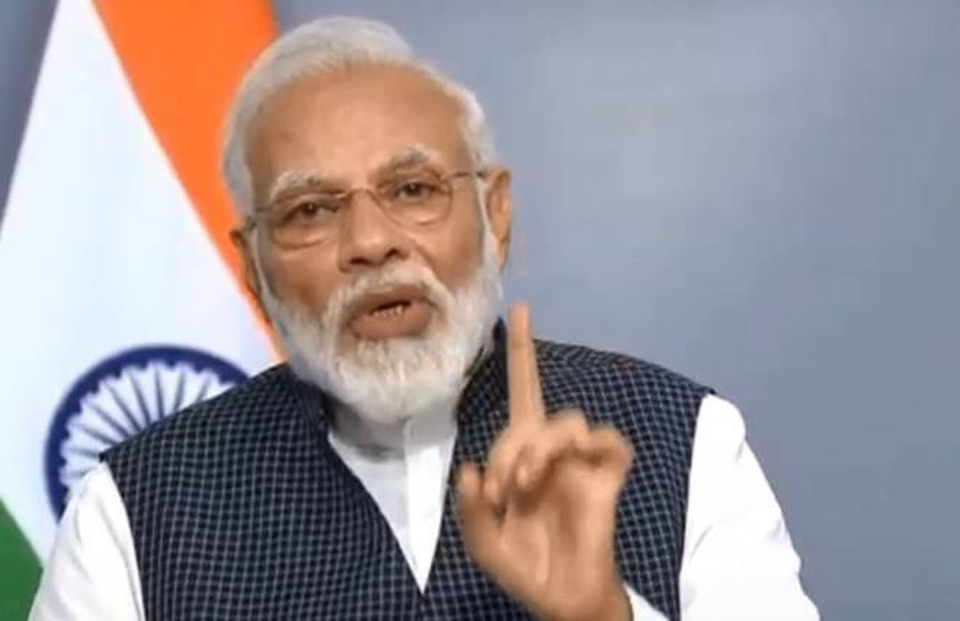 NEW DELHI: Prime Minister Narendra Modi spoke to his UK counterpart Boris Johnson over phone and raised the issue of violence against members of the Indian diaspora celebrating Independence Day outside the Indian mission in London. According to a statement issued by the Prime Minister's Office, Modi drew Johnson's attention to the challenges posed by vested interests pursuing their motivated agenda, including by violent means.

"In this context he referred to the violence and vandalism perpetrated by a large mob against the High Commission of India in London on the last Independence Day of India," the statement read. Johnson regretted the incident and assured that all necessary steps would be taken to ensure safety and security of the High Commission, its personnel and visitors, the statement said.

Johnson "made clear that the UK views the issue of Kashmir as one for India and Pakistan to resolve bilaterally. He underlined the importance of resolving issues through dialogue," a spokeswoman for his Downing Street office said. Johnson said India and Pakistan must resolve the Kashmir issue between themselves.

Violent clashes took place outside the Indian High Commission when thousands of people converged there for pre-planned protests and counter-demonstrations last Thursday. The anti-India protest was organised by Pakistani groups as well as Sikh and Kashmiri separatist outfits over the government's decision on Jammu and Kashmir. A separate pro-India demonstration also took place outside India House as a counter to the anti-India protests.

During the conversation, Modi also said that terrorism had plagued all parts of the world, including India and Europe. He stressed the importance of effective steps to ward off the threats posed by radicalisation, violence and intolerance, particularly in the context of the expanding footprint of terrorist organisations such as ISIS.

The prime minister congratulated Johnson on his election to the high office and expressed his readiness to work with him for strengthening the strategic partnership between India and the United Kingdom. Prime Minister Johnson congratulated Modi on the latter's emphatic electoral victory for the second term in his office.

Both leaders agreed that as the world's pre-eminent democracies, the two countries have much to contribute together to effectively addressing the many challenges faced by the world. The two leaders looked forward to interacting during the G-7 Summit in France.