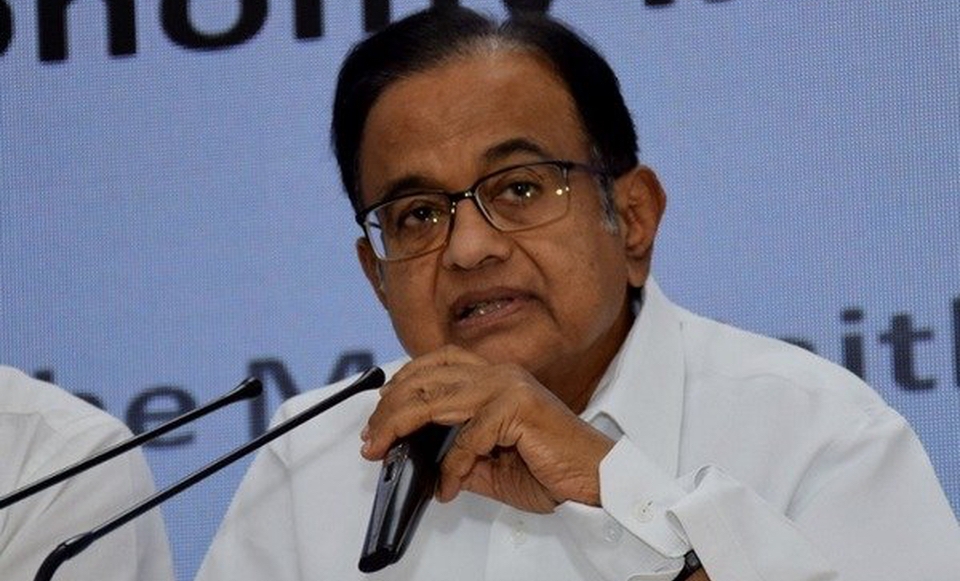 NEW DELHI: Former home minister and finance minister P. Chidambaram was on Wednesday night arrested by the Central Bureau of Investigation (CBI) amidst high drama at his Jor Bagh residence here, an hour after he made a dramatic appearance at the All India Congress Committee (AICC) headquarters. He was directly taken to the CBI headquarters. Chidambaram will be produced in CBI court tomorrow.

Minutes after his appearance, teams from both the CBI and the Enforcement Directorate arrived at his posh residence. In unprecedented drama, CBI officials scaled the wall of his house to gain access.

Congress leader Chidambaram earlier appeared at a press conference almost 24 hours after going "incommunicado" in the wake of the Delhi High Court turning down his anticipatory bail plea in connection with the INX Media scam case.

With Chidambaram's arrest by the CBI, his anticipatory bail plea before the Supreme Court has become infructuous. He will now have to seek regular bail from the CBI court.

Chidambaram did not get legal reprieve today with the Supreme Court refusing an urgent hearing on his request for anticipatory bail. The court was to hear the petition on Friday.

The Enforcement Directorate (ED) and the CBI put out lookout circulars for Chidambaram, who was not seen since the High Court denied him protection from arrest on Tuesday, after which the CBI visited his home in Delhi twice.

"It is a monumental magnitude of money laundering case," the CBI told the top court, arguing against Chidambaram's request for protection from arrest.

Senior lawyer and Congress leader Kapil Sibal told a three-judge bench that Chidambaram was ready to guarantee he would not run away but the hearing was not listed over what appeared to be a technicality.

Sibal said Chidambaram's case was not listed today as the Chief Justice was sitting in the constitution bench hearing the Ayodhya case.

In his petition before the Supreme Court, Chidambaram argued that his antecedents were "impeccable" and there was no possibility of him "fleeing from justice". Requesting more time to appear before the CBI, Chidambaram asked for interim relief "or else he would suffer irreparable loss".

Chidambaram is accused of facilitating foreign investment in the INX Media company in 2007, as finance minister in the Congress-led UPA government, at the instance of his son Karti, who allegedly received kickbacks for his role.

Rejecting Chidambaram's request for anticipatory bail, the Delhi High Court yesterday said "prima facie", the facts of the case revealed that the "petitioner is the kingpin or key conspirator in the case".

Calling it a classic case of money laundering, Justice Sunil Gaur said: "It was pertinently observed that the economic crimes of such mammoth scale are craftily planned and executed. This grant of bail in cases like instant one will send a wrong message to the society."