Taliban’s seat at the table

Any role for the Pakistan-backed extremists in Afghanistan is bad news for all of South Asia, could pose serious challenge for India. 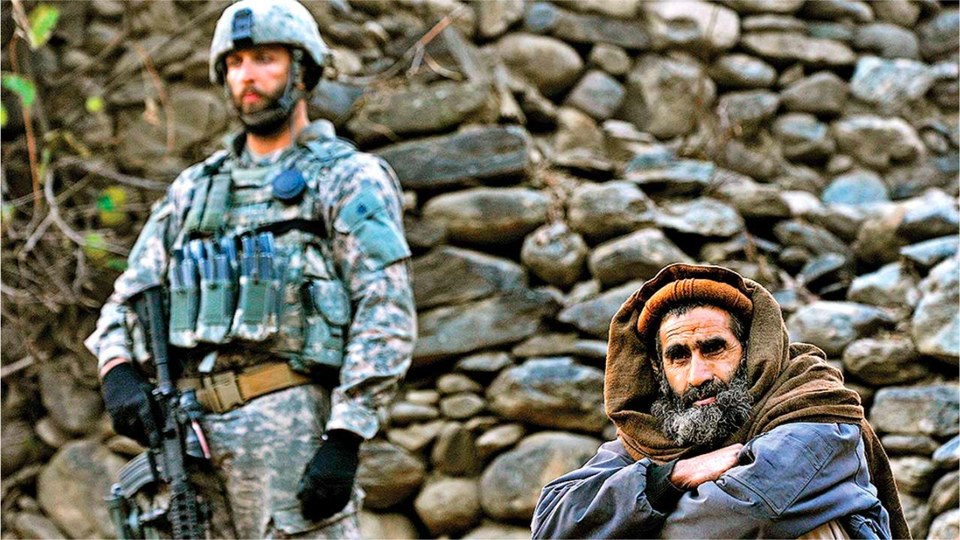 US special representative Zalmay Khalilzad has almost stuck a peace deal with Taliban during the recently-concluded Eighth Round of talks at Doha.

Although violence by Taliban has not come down, the US displaying extraordinary zeal to end its 18-year-old military engagement in Afghanistan is bending over backwards to reach a face-saving deal when the country goes to elections next year.

Afghanistan has turned out to be the longest overseas operations of the US military and has cost it over 2,400 lives and nearly $1 trillion. As a result, war weariness and fatigue has set in.

President Donald Trump is therefore banking on Islamabad to get the Taliban to the negotiating table, which explains Ambassador Khalilzad’s stopover at Islamabad en route to Doha. The deal apparently entails time-bound withdrawal by the US troops in return for an assurance by the Taliban that they will not allow the territory under their control to turn into a sanctuary for international terrorism.

According to reports trickling out, there is some disagreement between the US and the Taliban over the time frame of the withdrawal of 14,000 US troops from Afghanistan. However, Khalilzad appeared optimistic about the deal, which would serve Trump’s objective of getting US troops home, while allowing the Taliban to proclaim victory for ‘having driven out’ foreign troops from Afghan territory.

After the deal is finalised, it is expected to be followed by intra-Afghan negotiations in Norway. These negotiations are going to be a tough nut to crack, as the Taliban has consistently refused to accord any legitimacy to the Afghan government led by President Ashraf Ghani.

Although Khalilzad’s expected presence at these negotiations may ensure some forward movement, it is unlikely that lasting peace will come to Afghanistan. The whole process of negotiations with the Taliban has weakened the position of President Ghani and his government.

In a tribal society, negotiations are usually between equals, and the US, by negotiating with the Taliban without the presence of Afghan government, has not only given a veneer of respectability to Taliban, it has also raised their stature and simultaneously undermined the authority of the Afghan government.

This has demoralised the Afghan National Army, which has been the main bulwark against the Taliban. One needs to appreciate that the power change in Afghanistan has come about because the established authority has been militarily defeated due to the defection of its key military commanders.

In view of this precedent, it becomes even more important that anything that demoralises the military should be avoided. In any case, Taliban’s presence in the government means imposition of its own rigid obscurantist ideology on the Afghan populace.

Religious and sectarian minorities as well as women are accordingly concerned about their future under any regime that has Taliban as a component. Consequently, those with avenues have started making alternate plans.

The US decision to talk to Taliban has also transformed Pakistan’s fortunes. As most of the Taliban leadership is located on Pakistani soil and Mullah Abdul Ghani Baradar, the chief negotiator of Taliban at Doha, was in Pakistan’s custody for almost nine years, Islamabad is trying to occupy the centre stage again, which is quite evident from its belligerent rhetoric on Kashmir.

During Imran Khan’s recent visit to the United States, not only did Trump agree to the reinstatement of economic assistance and quadrupling of trade, he even volunteered to mediate on Kashmir. All this benevolence on Pakistan was showered primarily because the US had changed its stance on Afghanistan and the Pakistan Army, which has sheltered Taliban leadership for close to two decades, could well ensure a deal with the Taliban, and before Trump’s re-election.

US interlocutors as well as most western analysts mistakenly believe that it is feasible to isolate Al Qaeda, while cuddling up to Taliban. They often overlook the theological dimensions of relationship between Taliban and Al Qaeda.

Theologically, jihad mandates that it should be waged under a righteous leader and those waging it must control some fort, city or territory. Consequently, the Al Qaeda has never talked of jihad under the leadership of Osama bin Laden or Ayman al Zawahiri. They have always declared that they are waging a jihad under Amir ul Muminin (Commander of the Faithful), who was earlier Mullah Omar and is now Maulavi Hibatullah Akhundzada, the leader of Taliban.

Consequently, if there were to be prolonged peace between the Taliban and the West, then Al Qaeda’s jihad would lose theological legitimacy. So, as long as Al Qaeda survives, it will not allow sustained peace between the US and Taliban. While a peace deal may provide President Trump a fig leaf to pull out from Afghanistan, in the long run, it will turn out to be extremely counter-productive.

Any Taliban regime in the future is likely to be far more closely aligned with global jihadi movements and their aims and objectives are no longer going to be confined within the geographical frontiers of Afghanistan. It will start exporting its ideology to the neighbourhood, promoting radical outfits in different parts of South and Central Asia. This could pose a serious challenge to India. It is in India’s interest to crush Taliban in Afghanistan rather than deal with them at Wagah or Srinagar.