Pakistan has turned Gilgit-Baltistan into the most neglected area of South Asia, says a new book

Once a thriving economy, this region is now synonymous with increasing suicides, sectarian violence, violation of human rights and militancy. 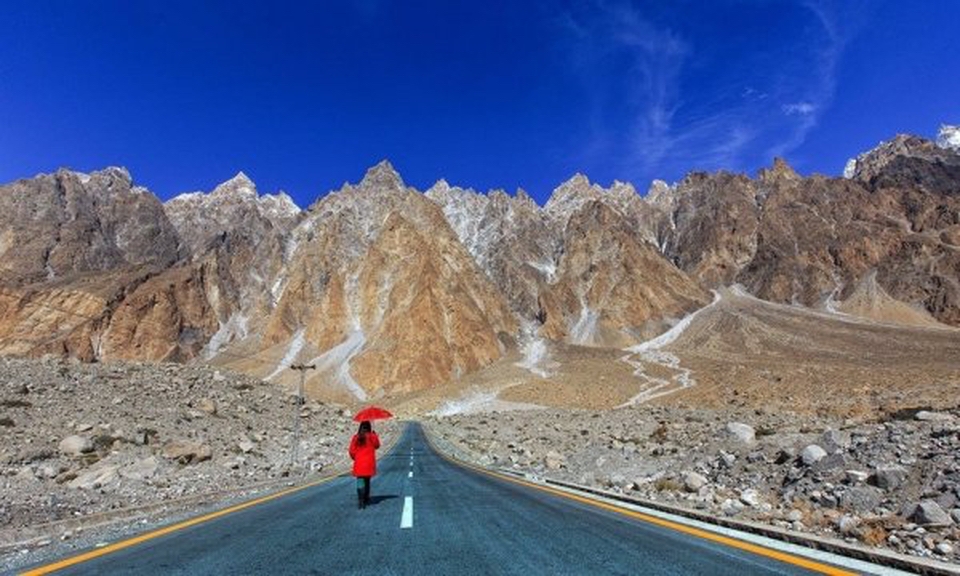 NEW DELHI: With 32 snow-clad mountain peaks, mighty glaciers, lush green valleys and freshwater lakes, Gilgit-Baltistan is one of the most beautiful places in the world. Not to mention the abundant reserves of precious deposits like gold, silver and uranium.

Other experts not connected to the book say Islamabad has also been systematically suppressing the people of the region who are mostly Shias and are facing an influx of Sunni population from other parts of Pakistan.

Tilak Devasher, a strategic affairs expert, says while Pakistan has projected itself as the champion of self-determination' and democratic rights in J and K, the reality is that in Gilgit Baltistan, it has indulged in "systematic suppression of the people".

"It has denied them even basic constitutional and legal rights but hypocritically speaks of the right of self-determination in J and K," he told PTI.

The region, part of erstwhile Jammu and Kashmir before being occupied by Pakistan in 1947, is now synonymous with increasing suicides, sectarian violence, violation of human rights and militancy. Awfully, 85 per cent of the people make their living on subsistence farming, says the book published by premier think-tank Institute of Defence Studies and Analysis.

According to a report by the Islamabad-based Pakistan Institute for Peace Studies, the region has a literacy rate of mere 14 per cent for men and 3.5 per cent for women. However, the book says, data prepared by the government of Gilgit-Baltistan in 2013 claimed that the literacy rate was 37.85 per cent in 1998 and it went up to 60 per cent in 2013.

"The Pakistan Government has not done much to improve the economic condition of the people of Gilgit-Baltistan which is considered as the most backward in South Asia," says the book.

It says there has been increasing frequency of suicides in the region, adding that over 300 youths, both boys and girls, committed suicides in Ghizer district alone since 2000. "One major reason for committing suicide is unemployment".

In a reflection of the situation there, Abdul Hamid Khan, leader of Balawaristan National Front (BNF), a prominent political party of the region, in a letter to then UN Secretary General Ban Ki Moon on March 14, 2016, said: "There is no legal, constitutional, judicial mechanism in place in Pakistan occupied Gilgit-Baltistan to protect people from human rights violations."

"Many political and religious people have been prosecuted in Gilgit-Baltistan jails without giving them access to legal, constitutional redress options or high court and Supreme Court," he wrote to Moon.

The Gilgit-Baltistan region has a geographical area of 72,496 sq. km (as per Pakistani projections). Under an agreement reached between Pakistan and China in 1963, Pakistan handed over 5,180 square km of territory to China.

For several decades, Gilgit-Baltistan did not have any clear political status as it was not officially declared part of Pakistan or was given the so called autonomy granted to what Pakistan calls 'Azad Kashmir'.

Pakistan created an Advisory Council' for the Federally Administered Northern Areas in 1969. This Advisory Council was converted into the Northern Areas Council' in 1994. In 1999, it was renamed as Northern Areas Legislative Council' through Legal Framework (Amendment) Order, which in turn was replaced by the Gilgit-Baltistan Empowerment and Self-Governance Order in 2009. India had reacted sharply after the 2009 order, calling the move yet another cosmetic exercise intended to camouflage Pakistan's illegal occupation of the region. 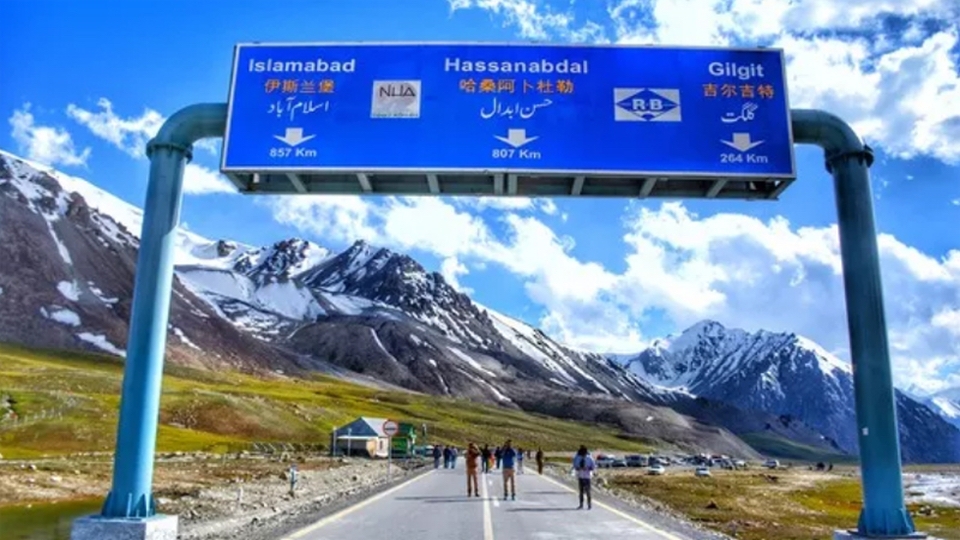 It also invested the final authority to amend the Gilgit-Baltistan Order 2018 to the President of Pakistan instead of the Legislative Assembly of Gilgit-Baltistan. Devasher, the strategic affairs expert, said the basic issue is that Pakistan has tied itself in knots in trying to follow a policy of calculated ambiguity' towards the areas.

"It has been unable to absorb these areas, apprehending that it would be construed as permanent acceptance of the territorial status quo and the LoC. It would also make the UN Resolutions, the central plank of its Kashmir policy, irrelevant," he said.

"At the same time it is finding it increasingly difficult to continue to deprive the people of the region of their fundamental rights. Hence, it has made several attempts to give some rights and decentralize some powers to the elected representatives in the hope of letting off steam," he added.

There has been increasing sectarian violence between Shias and Sunnis. The Shias felt threatened by the large influx of Sunnis from other provinces, particularly from Punjab and Khyber Pakhtunkhwa, says the book.

The book suggested that there was pressure on Pakistan from China to provide clear legal status to Gilgit-Baltistan as India raised strong objection to the China-Pakistan Economic Corridor (CPEC), saying it cuts through the disputed territory.

The USD 60 billion worth CPEC is part of China's ambitious Belt and Road Initiative (BRI)', and it connects Kashgar in Xinjiang with Gwadar Port in Pakistan.

China has shown great interest in Pakistan-occupied Kashmir particularly in Gilgit-Baltistan as it has undertaken a plethora of infrastructure projects in the area.

"Further, the completion of the USD 60 billion Corridor will further strengthen the Chinese control of the territory. The huge investment and presence in the region will provide China a leverage to become a de facto member of the dispute," says the book. 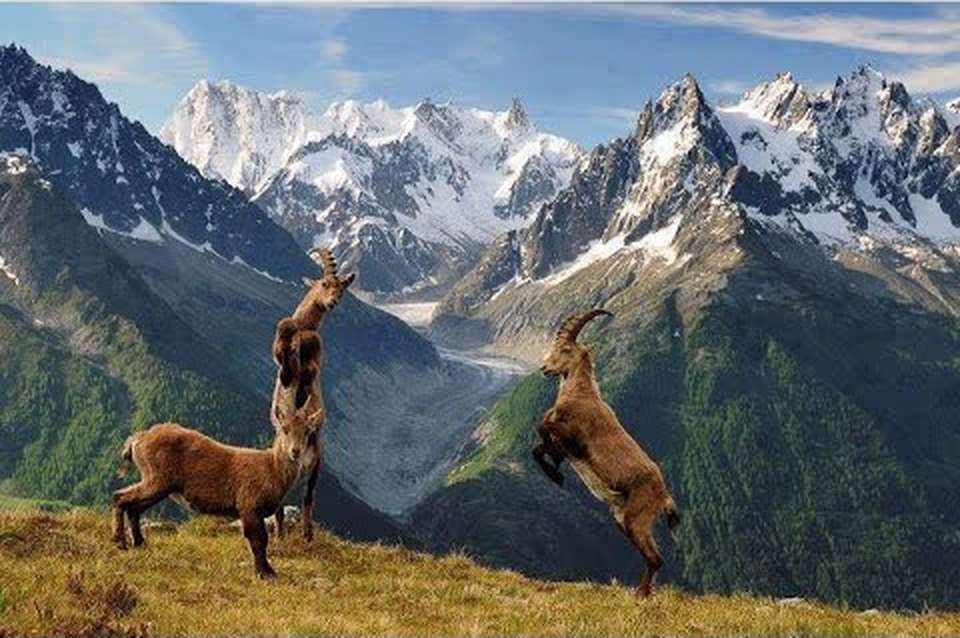 Gilgit-Baltistan is an area rich in flora and fauna because of varied climatic conditions and ecosystems. In spite of unscientific management and ruthless hunting, Gilgit-Baltistan still supports rare and endangered species of animals and birds. Due to the destruction of habitat, wildlife population of Gilgit-Baltistan is decreasing rapidly.