Facts of the case prima facie reveal the petitioner is key conspirator in this case: HC 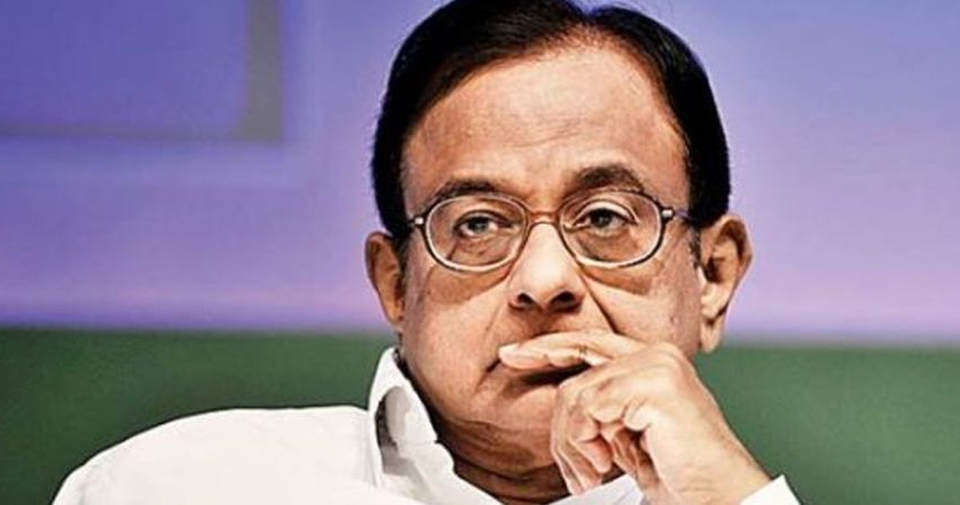 NEW DELHI: A former Union Home Minister, who has also served as Finance Minister and is himself a lawyer - P. Chidambaram - was absconding till late on Tuesday, the day the Delhi High Court dismissed his anticipatory bail plea.

Congress leader Chidambaram is an accused in the corruption and money laundering cases related to the INX Media scandal. The HC rejected Chidambaram's anticipatory plea for protection from arrest in the INX Media case.

The HC said bail cannot be granted just because Mr Chidambaram is a parliamentarian. "Facts of the case prima facie reveal that the petitioner is the kingpin, that is, the key conspirator in this case," the judge said. "It is a classic case of money laundering and granting bail in such case will send the wrong message to the society," said the court while reserving the order.

Justice Sunil Gaur, who delivered the judgment on Tuesday, had reserv

ed the order on January 25. "Both the petitions (in CBI and ED case) are dismissed," said Justice Gaur.

Chidambaram's legal team, led by Kapil Sibal, is reportedly challenging the order in the Supreme Court.

After the high court pronounced the order, senior advocate Dayan Krishnan, appearing for Chidambaram, sought a stay on the operation of the order for three days, to which the court said that it will consider the request and will pass an order on it.

During the arguments, both the CBI and the Enforcement Directorate had opposed Chidambaram's plea on the ground that his custodial interrogation was required as he was evasive during questioning.

Chidambaram has been questioned several times in the case, which involves alleged kickbacks received by his son Karti Chidambaram in exchange for allowing INX Media, a television company, to receive foreign funds to the tune of Rs. 305 crore in 2007. At the time, Mr Chidambaram was the finance minister in the UPA government headed by Manmohan Singh. Investigative agencies alleged that he was instrumental in providing government clearance to INX Media to receive the funds.

A six-member team from the Central Bureau of Investigation visited his Delhi home this evening, but the former minister was not to be found till reports last came in.

Late in the night, the CBI put up a notice outside the residence of P. Chidambaram at Jor Bagh in New Delhi summoning him within next two hours of the receipt of this notice. 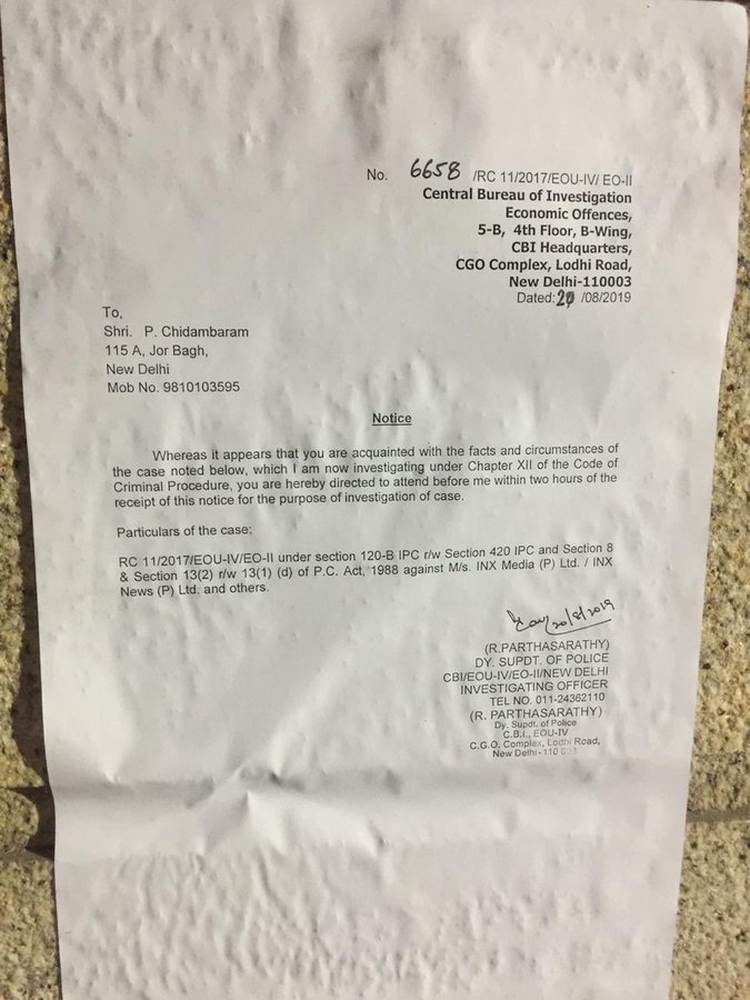