Kashmir: Now for the legal battle 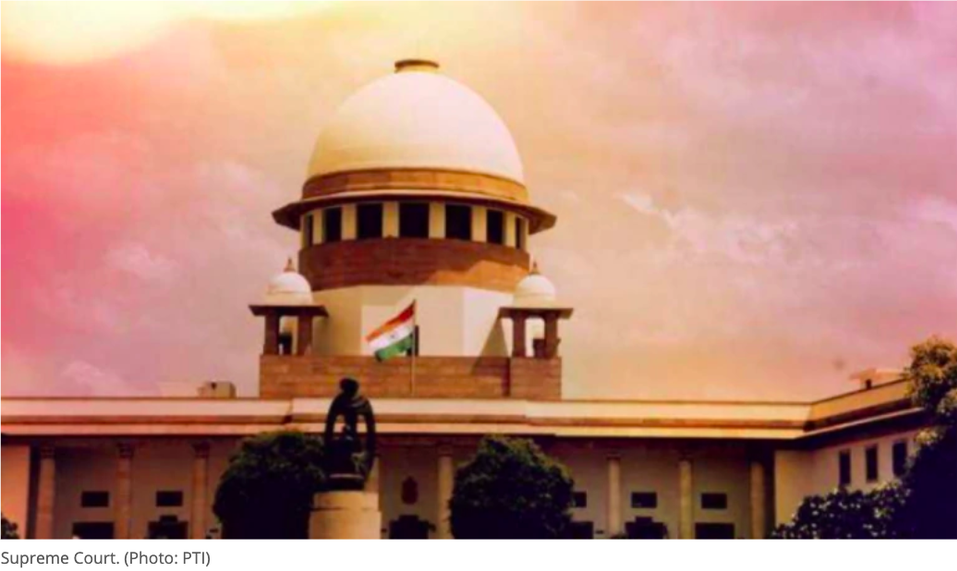 NEW DELHI: Within a week of the Prime Minister Narendra Modi-led government diluting the provisions of Article 370 of the Indian Constitution, six petitions challenging the legality of the government's move had been filed in the Supreme Court. Two National Conference Lok Sabha MPs-Mohammad Akbar Lone and Justice (Retired) Hasnain Masoodi-have argued that the changes made to Article 370 were 'unconstitutional' and prayed for these to be declared 'void and inoperative', while advocate M.L. Sharma filed another PIL challenging the contentious decision. On August 16, the Supreme Court pulled up Sharma over mistakes in his plea, and also asked the other six petitioners to rectify the defects in their appeals.

Included in the Constitution on October 17, 1949, Article 370 is a 'temporary provision' that gave special status to Jammu and Kashmir. It exempted J&K from the Indian Constitution and permitted it to draft its own constitution, also restricting Parliament's legislative powers in the state. J&K's state legislature was free to draft its own laws, except in the areas of communications, defence, finance, and foreign affairs. As a result, the state had its own Constitution, flag and penal code.

Another controversial provision was Article 35(A), introduced through a constitutional order in 1954. It empowered the J&K legislature to define the state's 'permanent residents' and their special rights and privileges. Only those defined as permanent residents were entitled to property rights in the state, employment in state government, scholarships and other social benefits. Under this provision, if a Kashmiri woman were to marry someone from another state, she would lose her status as a permanent resident of Jammu and Kashmir, along with associated property rights. Though the Jammu and Kashmir High Court had, in October 2002, struck down this specific provision, the children of such a marriage would still have not enjoyed succession rights. Though the constitutional validity of this article had repeatedly been legally challenged, the Supreme Court had rejected three such appeals.

In the past, several petitions had been filed at the country's apex court requesting the annulment of Article 370, but with little success. In April 2018, in response to such an appeal, the Supreme Court had ruled that that despite the head note of Article 370 using the word 'temporary', it was not a temporary provision. This followed a similar ruling from 1969, in which the Supreme Court had refused to accept Article 370 as temporary, saying that 'Article 370 has never ceased to be operative'. "Article 370 is, as a matter of law, a permanent provision," says noted lawyer Harish Salve. "The intent of the Constituent Assembly as reflected in the title to the provision was to enact a temporary measure. However, for good reason the framers of the constitution did not enact a time limit after which the provision would automatically cease to apply. In that sense, it is a permanent provision."

The legal minds of the Modi government had anticipated these challenges. Instead of abrogating Article 370, the Union government instead used a 'kill button' included in the article to render it null and void.

The presidential order, which came into effect immediately, removed the special status accorded to the state under Article 370 in Part XXI (Temporary, Transitional and Special Provisions) of the Indian Constitution. By extension, Article 35A has also been rendered inoperative, as it stems from Article 370. The third clause of Article 370 authorised the President of India to declare the article inoperative or operative with exceptions and modifications, subject to his having obtained the prior recommendation of J&K's constituent assembly. However, the state's constituent assembly, after drafting the state's constitution, had been dissolved on January 26, 1957. This had led to some legal scholars and experts arguing that Article 370 could never be repealed or modified.

To circumvent this issue, the presidential order used the authority given in Clause (I) of Article 370, which permits the President of India to make modifications to Indian Constitution on issues related to Jammu and Kashmir. The presidential order first adds a new clause to Article 367, which deals with interpretation of the Constitution. It replaces the phrase 'Constituent Assembly of the State' with 'Legislative Assembly of the State'. And since J&K's legislative assembly is in suspension, the order says that any reference to the legislative assembly will be construed to be a reference to the governor. The governor is an appointee of the Central government, and therefore, Parliament now stands in for the state legislative assembly. "When Article 356-dealing with President's rule in a state-is imposed, Parliament has to take over the functions of the state assembly," says Salve.

After this Shah moved a statutory resolution in the Rajya Sabha which recommended that the President issue a notification, using Clause 3 of Article 370, to declare that all clauses of Article 370 would cease to be operative and that all provisions of the Indian Constitution would apply to the state of Jammu and Kashmir. This, in effect, rendered Article 370 null and void even if it had not been repealed. Shah's third step was to introduce the Jammu and Kashmir Reorganization Bill, which proposes the bifurcation of the state into two union territories-Ladakh and Jammu and Kashmir. Both houses of Parliament have passed the resolution and the bill.

However, constitutional expert A.G. Noorani has contested the legality of this manoeuvring. "It is utterly and palpably unconstitutional. After the dissolution of the Constituent Assembly in 1957, the power of abrogation of Article 370 vanished," he said. Kashyap, however, questions this permanency attached to Article 370. "Article 370 was conceived as and intended to be temporary, and always remained so. It specifically envisaged in Clause (3) that it may 'cease to be operative' from a future date," he says.

According to Faizan Mustafa, vice-chancellor of the Hyderabad-based NALSAR University of Law, even if the government's action is theoretically correct, it goes against the spirit of Indian Constitution. "You can't invoke Article 370 to make changes to Article 370," he says, "though there was another instance when this was done in the past. There was actually no need for the government to make these changes as the last 45 presidential orders [relating to the state] had already diluted much of the special status given to Jammu and Kashmir under Article 370. I don't understand why some are celebrating and why some are mourning. Nobody has gained anything and nobody has lost anything," he says.

Professor Krishan Mahajan, former additional registrar at the Supreme Court's Centre for Research and Planning, agrees that it was a politically motivated move by the government but doesn't see any violation of constitutional provisions. "Under the compelling international circumstances and domestic situation, it was the best possible thing for the government to do. We can't just see it as a theoretical situation. We must see the context under which it was done. Every law has to evolve with the change of time," he says.

While the government seems to have tackled the 'consent of the non-existent constituent assembly of Jammu and Kashmir', questions have been raised about the validity of inserting a new clause in Article 367, as that amounts to a constitutional amendment. Some have raised the argument that this violates Article 368, which says that an amendment to the Constitution requires the introduction of a bill in Parliament, and having that bill passed in both houses by a majority of two-third of the members present and voting.

Mahajan says that this argument is not valid as the presidential order doesn't mention the word 'amendment' and, therefore, cannot be construed as an amendment. "It was a modification related to Jammu and Kashmir and the president is well within his right to do so," he says. Salve explains: "Article 367 has been modified in its application to Jammu and Kashmir. This is not an amendment to the Constitution. Article 370(1)(d) allows the president to apply the constitution with adaptations and modifications to the state of Kashmir. That is how the infamous Article 35(A) was inserted. The whole purpose of Article 370 was to apply those aspects of the Indian Constitution, as were considered necessary for the time, and with such modifications as may be necessary."

For now, the Supreme Court has turned down requests for an urgent hearing of the petitions challenging the modifications to Article 370, but more such petitions are likely to be filed. The government, if insiders are to be believed, is confident of holding its own in the legal battle. "Legal opinions were taken and the process is in order. It will certainly stand legal scrutiny," says Jitendra Singh, Union Minister of State for the PMO. The government's confidence gets the backing of Kashyap: "Insofar as it followed a political higher policy decision in the interests of the nation's security, unity and integrity and fighting terrorism, anti-national forces, lack of development and massive corruption, it seems extremely unlikely that the judiciary will intervene to annul it."

With both provisions now gone, Jammu and Kashmir no longer has a separate Constitution, flag or anthem. The people of the state will not have dual citizenship; they will be citizens of India only. All laws passed by Parliament will be applicable in Jammu and Kashmir, and the Indian Penal Code will replace the state's Ranbir Penal Code. Indian citizens from any part of the country will be able to buy property in Jammu and Kashmir and avail government benefits such as scholarships. The children of women who marry outside Jammu and Kashmir will not lose property rights. Several laws related to social justice, such as the Sweepers Act, SC&ST (Prevention of Atrocities) Act and those made for the protection and welfare of women and children, will also apply.

The biggest impact, however, is likely to be in law and order, as policing goes to Central government. With the passage of the Unlawful Activities (Prevention) Amendment Bill, the Central government is likely to go for a massive crackdown on separatist elements, who no longer have the cover of state laws. "Along with IPC and CrPC, the National Security Act and the Indian Evidence Act will also apply," says Kashyap.

Beyond these technical changes, what may alter the politics of Jammu and Kashmir is the government's decision to set up a commission to undertake the exercise of delimitation in J&K. (Delimitation is the process of fixing limits or boundaries of constituencies based on changes in demography.) In 2002, the J&K Assembly passed a law putting a freeze on the fresh delimitation of seats till 2026. Many believe that the delimitation exercise will increase the number of constituencies in the thickly populated and Hindu-dominated Jammu region, which will benefit the BJP. The final answer to such speculation, however, will be provided by the Election Commission of India, which has already started internal deliberations over the delimitation process.