No loss of life since Aug 5, schools to open next week: JK administration

1) All schools and colleges will be opened after the weekend in the Valley in an area-wise manner.

2) Landline services will be restored in most parts of Srinagar in a phased manner by tomorrow morning.

3) Telecom services, including the internet will also be eased bit-by-bit in a systematic manner, considering terrorist organisations will try to misuse the servies.

4) Public transport to be made operational and government offices are functioning from today. 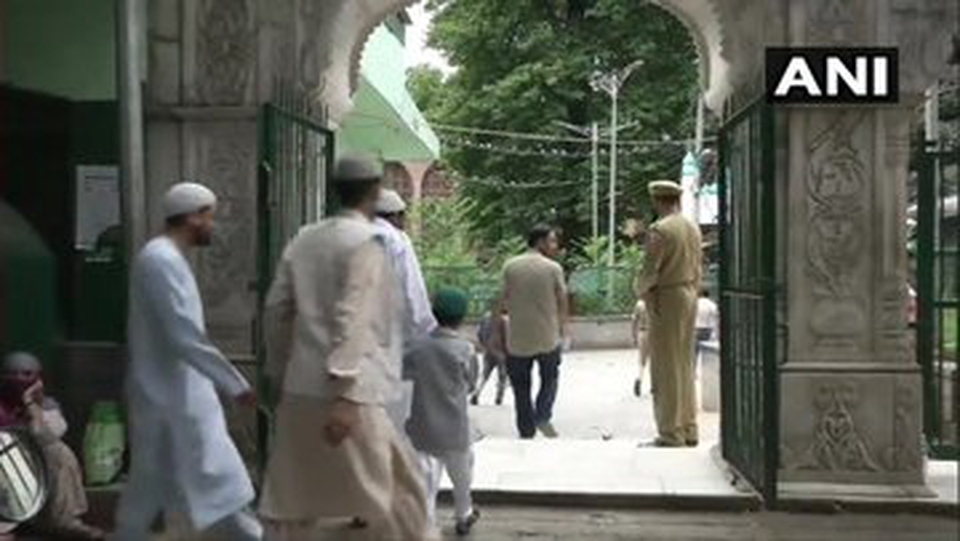 There has been no loss of life or major injury since restrictions were imposed on August 5, the day the Centre abrogated provisions of Article 370 and ‘reorganised’ the state into two union territories.

12 out of 22 districts are functioning normally with some limited restrictions in 5 districts. The measures put in place has ensured that there has not been a single loss of life, Jammu and Kashmir chief secretary BVR Subrahmanyam said at a press briefing in Srinagar today.

Providing details on the relaxation of prohibitions, the official said the offices of the Jammu and Kashmir government functioned normally in the Valley on Friday while schools are scheduled to reopen next week. “The movement of public transport will be allowed in areas around schools. Government offices were fully operational today and attendance was in full high,” he said.

Listing out the measures taken by the government to ensure zero or minimum inconvenience to locals, Subrahmanyam said, “Steps were taken (during the curfew) to ensure there was no shortage of medical services and supplies. Pilgrims going to Haj and returning were facilitated.”

“Periodically, there were relaxations in some of these restrictions to enable the people to come out for their daily requirements. A sufficient number of passes were issued to the media to ensure their movement. Telecom connectivity will be gradually eased and restored in a phased manner,” he added.

The chief secretary also explained the reason behind the Centre’s decision to impose curfew in most parts of the state. “In implementing the decision (scrapping Article 370) taken last fortnight, cross-border terrorism required the government to put in place certain preventive steps. An important factor was credible inputs that certain organizations were planning to undertake strikes in the state in the immediate future,” he said.

“A few preventive detentions of individuals were also made in accordance with the provisions of law to maintain law and order,” he added. The detentions, he said, however, are continuously under review.

“The history of terrorism required the government to take steps to curb them. A few preventive measures were also made according to the provisions of law to maintain law and order. Similar measures were taken in the past also. Terror groups carry out attacks in Jammu and Kashmir to create fear and block development,” Subrahmanyam said.

Addressing Kashmiris living outside Jammu and Kashmir, Shafiq Mir, Chairman, All J&K Panchayat Conference said that not a single untoward incident has been reported from any corner in the last ten days.

“Our team has toured interior areas of Kashmir valley. There's good news for Kashmiris who stay outside Kashmir that not a single untoward incident has been reported from any corner of the state in the last 10 days,” he said.

The Indian Army, Air Force and security forces’ bases in Jammu and Kashmir have been asked to be on high alert against a possible attempt by Pakistan-backed terrorist groups to carry out attacks in view of Pakistani efforts to create disturbances in the Kashmir valley, ANI reported quoting officials.

The SC commenced hearing on plea challenging Centre's decision to scrap provisions of Article 370 which abrogated special status to J-K.

Terming matters related to the dilution of Article 370 and its aftermath as “serious”, the Supreme Court on Friday questioned the petitioners for not filing their petitions in proper format. "In a matter as serious as this, people are filing defective petitions," commented Chief Justice of India Ranjan Gogoi as the three-judge bench took up five petitions one after the other. The bench, which included Justices SA Bobde and SA Nazeer, was critical of the fact that not one of these petitions were free from technical defects, so they could be taken up on merit.

Responding to the plea by Kashmir Times Executive Editor Anuradha Bhasin on media restrictions in the Valley, Justice SA Bobde said: " Landlines are working, I spoke to the chief justice this morning." SG Tushar Mehta then said, "Trust your security agencies. We are working with the best intention."

The hearing ended on that note and will continue next week.