However, the mere creation of the office is not enough. This will need to be augmented by restructuring of the Ministry of Defence (MoD) and creating integrated theatre commands. 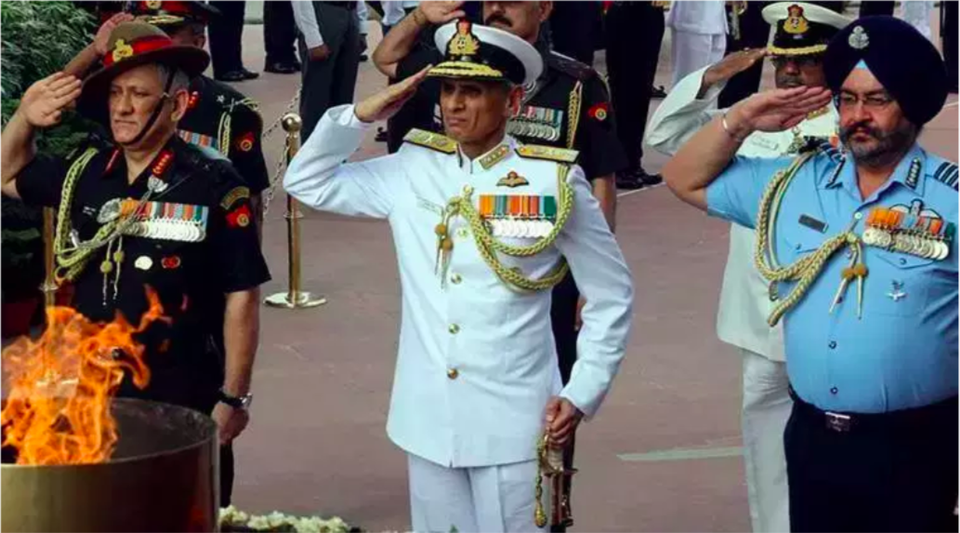 One of the most significant announcements made by Prime Minister Narendra Modi on Independence Day is the creation of a Chief of Defence Staff (CDS) to ensure better coordination between the three services. This has been a long pending demand of the defence forces and was recommended by both the Kargil Review Committee led by K Subrahmanyam in 1999, as well as the Committee of Experts set up by Ministry of Defence under the chairmanship of General D B Shekatkar. Although, the exact terms of responsibility and assignment of the CDS have not been made public, in all probability it would be a four-star military officer, who would act as the single point adviser to the government on military matters. The CDS would also coordinate amongst the three services and bridge the differences.

Modern military battles cannot be fought by each service fighting independently. The present Indian Armed Forces are colonial constructs and were configured primarily to serve the interest of their colonial masters during the great wars. The restructuring of armed forces, therefore, has been a crying need as future wars are going to be short intense affairs where all organs of the state are likely to be employed simultaneously. Such a scenario would require unity of command, which is feasible only when the country has a unified command structure led by the CDS. However, political insecurities and bureaucratic stranglehold over the Ministry of Defence have prevented this important void from being filled.

After the recommendations of the Kargil Review Committee which had recommended a CDS as well as a Vice Chief of Defence Staff (VCDS), a group of ministers headed by the then Deputy Prime Minister L K Advani examined it and recommended CDS with a tri-service joint planning staff. Accordingly, the Headquarters Integrated Defence Staff (HQIDS) was created in October 2001. But, bureaucrats succeeded in stalling the appointment of the CDS by creating the perception that it would be far easier for a CDS to stage a coup. Consequently, an anomalous situation was created wherein an organisation was created, which has been functioning without a head for the past 18 years.

The VCDS was reconfigured as Chief of Integrated Defence Staff to the Chairman Chiefs of Staff Committee (CISC). The absence of the CDS has limited the ability of CISC to mediate between the three services. More significantly, being lower in rank, he was never accepted as the sole adviser to the government in a rigidly hierarchical organisation like the military. Consequently, HQIDS was mostly duplicating the jobs being undertaken by service headquarters, rather than performing the tasks the office was meant for.

The appointment of the CDS will make the armed forces more effective. However, the mere creation of the office is not enough. This will need to be augmented by restructuring of the Ministry of Defence (MoD) and creating integrated theatre commands. The CDS has to be a cerebral warrior with good understanding of the global security environment and functioning of the three services. It should not be a rotational appointment; the government must select one after interviewing top officials of the three services.

Despite the PM’s announcement, it is not going to be a smooth affair. First, the bureaucrats afraid of losing their salience will create bottlenecks. On top of that, individual services, afraid of losing their turf, are bound to resist the CDS’s involvement in their affairs. The government may have to take a leaf out of the US Goldwater-Nichols Act and push the three services. To begin with, all defence land and capital budget must be put under the CDS and appointments in inter-service organisations must be made essential for further promotions. For the CDS to be effective, he must have direct access to the defence minister and through him to the prime minister.

After the reorganisation of MoD and establishment of theatre commands, they should directly be responsible to the defence minister through the CDS for all combat operations. Each service chief should only be responsible for equipping, organising and training of the forces. The creation of the CDS will need to be followed up with further reforms to reconfigure the armed forces to meet India’s aspirations to be a global power.

The writer is a former naval officer and is currently director, India Foundation and adjunct professor at New Delhi Institute of Management.