View: I'm no more an outsider in Kashmir

With its diversity of ethnicities and religious communities, Jammu and Kashmir has been nothing but a microcosm of plural India. 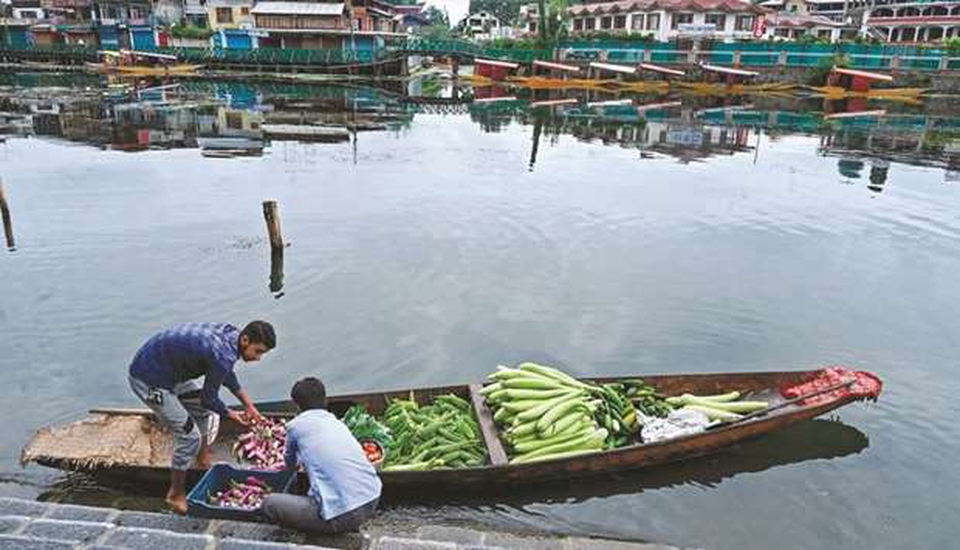 After circumambulating thrice around the tomb of the saint, on our way out of the Sufi shrine, three thumps on the wooden carved window were necessary for all wishes to come true.

Like most Hindu and Muslim shrine-goers in Kashmir, mother believed it. Every Thursday evening, she would take us to the shrine, lift my sister and me in her arms so that our hands could reach the shut window. As children, we gleefully knocked.

That was during and till the early 1980s when Kashmiris —Hindus, Muslims and Sikhs — prayed and lived peacefully in shared spaces. My father and his Muslim friends grew up at each other’s homes in the 1950s and 1960s. After my grandparents and parents, aapa and abbu, who performed namaz five times a day, were my guardians.

By the end of 1989, all of it had unraveled — the Pandit community’s most prolific writer and lawyer in the small town where we lived was shot dead; more than 20 Pandits were killed by the Pakistan-backed Islamist insurgents in Kashmir in a month. Muslims, especially girls from the community, were ordered to follow Islamic dress code.

On the morning of the New Year 1990, the decree on our banishment from the Kashmir Valley was issued by JKLF on its letterhead and pasted on our gate.

On January 19, 1990, hordes of separatists in mosques and streets blared communal slogans while evoking “Nizam-e-Mustafa”, “Pakistan” and “azadi” (from India).

Ten days later, our parents put us in a truck along with other neighborhood girls, and sent us 300 km away from Kashmir. By the end of 1990, the exodus of Kashmiri Pandits from the Valley was complete.

Part of my family ended up in refugee camps while we grew up in rented pigeonholes of Jammu, the Hindu-dominated region, which was ethnically, linguistically and culturally completely different from Kashmir. Our parents insisted that we stayed in the camps with our family members during school vacations.

Uprooted and disenfranchised, the community for the sake of survival sold ancestral properties in Kashmir for peanuts and attempted to assimilate in the rich diversity and vastness of India. Many Pandit women married outside the community and lost the state subject rights of Jammu 8 Kashmir permanently until 2002 when the J&K High Court restored their rights. But none of the women could pass on their rights to their children and spouses.

I began visiting Kashmir as a journalist from 2002 — the Valley that I had grown up had changed completely. The fringe —separatists and militants — were the most vocal section while the ordinary Kashmiri had been silenced and coerced into toeing their line.

Hundreds of civilian Muslims had been killed for standing up for India. On gunpoint, the separatists had managed to dictate the narrative and the storyline. Kashmir was under siege but neither New Delhi nor anyone else in India cared to rescue its common people.

I was an 'outsider' in my home; I stopped mentioning my surname in Kashmir. On my professional visits, I was a joumalist and on personal, I was merely a tourist.

There was bloodshed all around; heartbreaking stories of orphans who had lost their parents to the violence and wailing mothers whose sons never returned home. Assignments during each crisis in Kashmir was always like reliving heartache and grief of every Kashmiri person.

On August 5, I landed at the airport as usual as an outsider and a mere professional. By the time I reached the hotel, the announcement had been made — the central government had reorganised the state and converted it into two union territories, thus invalidating Articles 370 and 35A, which had prevented Kashmir from integrating with the rest of the country.

Though the Articles were supposedly inserted in the Constitution to protect the state's distinct identity, few were asked what its identity was to begin with. With its diversity of ethnicities and religious communities. Jammu and Kashmir has been nothing but a microcosm of plural India.

Within Kashmir. what we repeatedly call 'Kashmiryar was the syncretic culture and identity that Hindus, Muslims and Sikhs had created through hundreds of years together. In other words, Kashmir is the idea of India and India is the idea of Kashmir our ancestors nourished.

But in the last 30 years, the evdusivist identity — the idea of a two nation theory, which India rejected in 1947, had been allowed to grow in Kashmir. On Monday, when the Centre announced that it had reorganised the state and thus brought down the walls that had been erected between communities. I asked myself: am I still an outsider in Kashmir?

I looked around and wondered if my homecoming was happening at the expense of somebody else's sense of identity. I wasn't sure how to feel. I had given up on home in Kashmir long ago, seeing how the violent fringe dominated the perception not just in the Valley but also in New Delhi. But the unthinkable had happened.

Later in the afternoon, while having Kashmiri tea at the home of a friend who practices the Islam of Nund Rishi, the patron Sufi saint of Kashmir, I heard him addressing my unexpressed thoughts: You may think the entire Valley is angry with the decision. Trust me, most are heaving a sigh of relief. We are silent because we have been silenced by fear fa, 30 years. Let the guns and violence on the streets end and you will see all of us sham the same identity as we have always had for hundreds of years."

I walked around the city and felt like introducing myself as a Kashmiri Indian. I was back home three decades after I had left.