Pak threats: Security poses no worry, but precaution is necessary 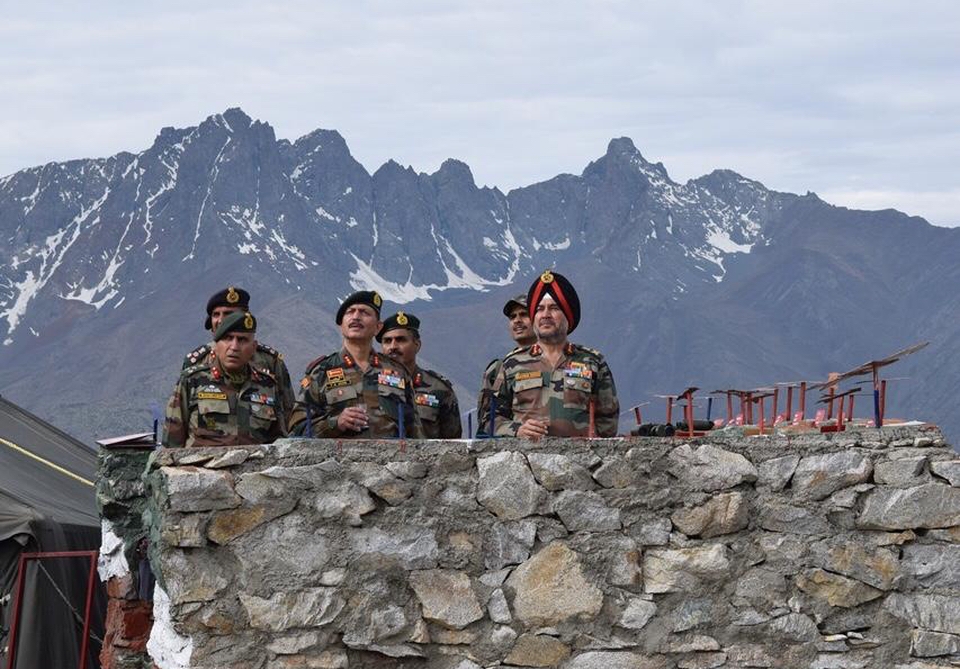 With the reorganisation of the state of Jammu and Kashmir done and irrevocable, all eyes are on the possible fall out, more so, from Pakistan. The neighbouring country has partially recovered from the shock to rustle up a response, however incoherent and disjointed.

In the initial stages came the tweets. “CCC on Kashmir situation at GHQ. Forum fully supported Government’s rejection of Indian actions regarding Kashmir. Pakistan never recognised the sham Indian efforts to legalise its occupation of Jammu & Kashmir through Articles 370 or 35A decades ago efforts which have now been revoked by India itself. “Pakistan Army firmly stands by the Kashmiris in their just struggle to the very end. We are prepared and shall go to any extent to fulfill our obligations in this regard”, COAS affirmed.” The above were the brave words tweeted on @OfficialDGISPR, the official Twitter handle of the Pakistan Army.

Also of note was a rambling speech in the National Assembly of Pakistan by Prime Minister Imran Khan from which two main points emerged – a threat of “more Pulwama like incidents” and possibility of a “conventional war being triggered.” This is probably the first time that a prime minister has made such an open threat about terrorist activity as a fall out of a legitimate decision taken by a foreign country with respect to its internal affairs. It seems that the prime minister was later appraised of the diplomatic blunder that he had committed and he has now give a statement ruling out war and terror as instruments of his country’s response. However, an initial, spontaneous reaction is the best indicator of a person’s mindset, hence, there should remain no doubt about what Khan actually wishes to do.

Pakistan has also announced that it will be downgrading diplomatic relations with India and will suspend bilateral trade. As an afterthought, it chose to order partial closure of its airspace. In another demonstration of pettiness, it stopped the Samjauta Express on its own side of the border and told Indian authorities to send their own crew to take the train back.

All of this and more was expected from Pakistan. Security experts have been cautioning about escalation in the conflict spectrum. “The biggest challenge comes from the Kashmir’s hinterland, where rabble-rousing will be attempted under instigation from Pakistan... We cannot afford a repeat of either 2010 or 2016. In the latter case, India became the target of international criticism due to the blinding by pellet guns,” said Lt. Gen. Ata Hasnain, a military veteran who, while in service, commanded the Srinagar based Chinar Corps.

There exists universal agreement that Pakistan will emerge as the pivot for all activities directed against India for having changed the status quo in Kashmir. Pakistan Army is poised to not only invoke its massive infrastructure of militants as a riposte; it is also ready to get into the fray with military interventions, while the government looks into the diplomatic and religious aspects. It is from Pakistan that anti-national elements will get the finances, direction and facility to go for the rabble-rousing that Gen. Hasnain has referred to.

In assistance of Pakistan will be such people who have lost control over the region and would now need to contest the emerging scenario with all might that they can muster.

The moot question that arises is – does India need to be worried about these actions that all experts are very rightly pointing towards as the response from Pakistan and its proxies? The answer lies in a counter poser, “Would there be anything new or extraordinary, that India has not handled earlier, in these actions if taken by Pakistan and its proxies?” The response is a big –NO!!

The Army Commander, Northern Command, Lt. Gen. Ranbir Singh chaired a meeting of the Core Group of Intelligence and Security agencies at Srinagar to review the operational readiness to meet any contingency that could adversely impact the security situation in J&K. He admitted to an intensification of proxy war activities by Pakistan including ceasefire violations, pushing infiltrators across the LoC, calibrating terrorist actions in the hinterland as also exploiting the social media to launch disinformation campaign in J&K. He has also given an assurance that the Army has given a befitting response in thwarting these nefarious designs of the enemy to cause disturbances in our country, particularly in the Kashmir valley.

Thus, the assurance given by Home Minister Amit Shah that there will be no untoward fallout of the decision of the government in Jammu and Kashmir has been further substantiated by the Army Commander on ground. Overall, the security forces are firmly in control of the situation and necessary arrangements had been put in place for ensuring peace.

Nevertheless, there exists a need to remain both cautious and vigilant since the enemy is going to leave no stone unturned in attempting to wrest back the initiative. He is like a wounded animal and can strike in any direction. There is a need for the nation to stay ready to face all eventualities - political, security, administrative, international and economic.

The silver lining is that the nation has done what it set out to do and thus it holds the benefit of the first strike. The requirement is simply to respond to what the enemy throws at us and for that detailed preparation has been done. Of maximum importance is the capacity to instil in the people of the state a sense of security since what they considered to be normal has been disrupted. This is possible only through application of a national will. More than promises of development and financial gain, it is propagation of the political empowerment and social justice derivatives that will pay dividends in the reconciliation phase. If there is conviction that what has been done is to the benefit of the nation and more importantly the people of Jammu and Kashmir, there will be no hurdle that cannot be crossed.

(Jaibans Singh is a Geo-political analyst, columnist and commentator)