Ladakh borders both Pakistan and China, and has faced aggression from both sides. In the present security environment, it has finally got the place of prominence it deserves. 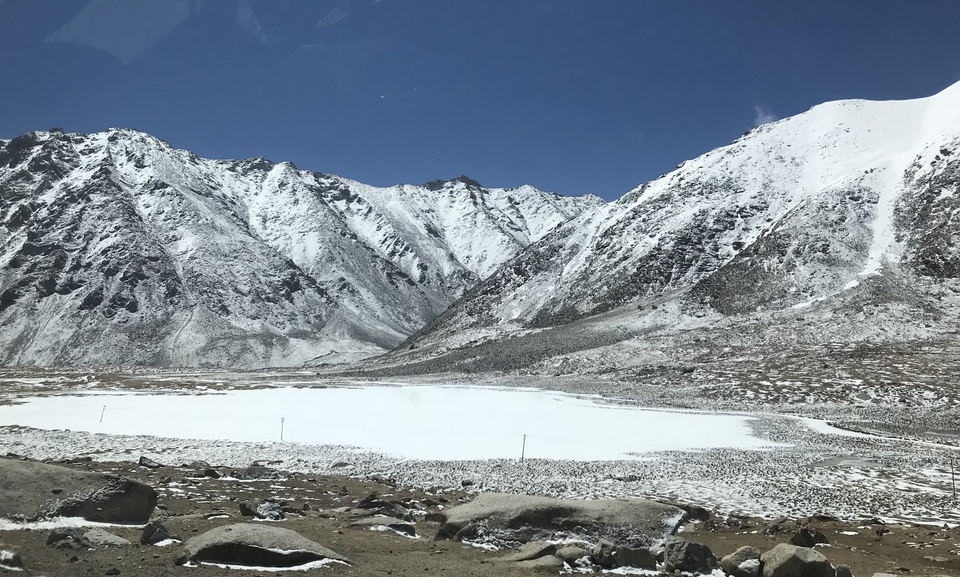 On August 6, 2019, in Lok Sabha the young first time MP Jamyang Tsering Namgyal stood up to speak eloquently on the revocation of Article 370 and reorganisation of Jammu and Kashmir. The nation was enthralled by his brilliant oratory and everyone wanted to know more about the speaker. Most were hearing details about Ladakh for the first time. A region, out of national focus for decades, was bought into spotlight by the eloquent first speech of the first time MP.

Ladakh was historically one of the five Himalayan kingdoms in ancient and medieval times. Contrary to its present obscurity, it was at the centre of Eurasian trade routes and hence a very important geographical region. The Yarkhand-Leh-Srinagar trade route was among the important ones. The kingdom of Ladakh had wars with many neighbours over centuries. Gulab Singh conquered Ladakh and it became a part of Jammu and Kashmir and when J&K acceded to India, it became a part of India. Before that, for centuries, the ancient route to Kailash Mansarovar passed through Demchok in Ladakh, through Tibet and finally the pilgrims reached Minsar, a village that was for centuries a part of the Ladakh empire.

Claude Apri, an expert on Ladakh and Tibet writes :

Immediately after J&K Accession to India, Ladakhis took the stand that their future was linked with India, though culturally, racially and linguistically they were closer to Tibet.

In May 1949, the first delegation of the Young Men's Buddhist Association of Ladakh led by Kalon Chhewang Rigzin met Nehru in Delhi and presented him a memorandum: “We seek the bosom of that gracious Mother India to receive more nutriment for growth to our full stature in every way. She has given us what we prize above all things - our religion and culture.”

Kushok Bakula Rinpoche, the head Lama of Ladakh and long-time minister in Srinagar was another one who, as early as in the 1950s, defended the rights of the Ladakhis. Bakula never chose the path of confrontation; he always tried to get a greater autonomy by working with the system. As his method did not fully succeed, faced with Delhi's decades-long apathy and the 'larger issue of Kashmir', in 1989, the Ladakhis had no alternative but to resort to an agitation, a concept alien to Buddhism. A greater autonomy and closer links with India were not granted till the Ladakh Buddhist Association organised a non-violent movement; after many frustrating decades, Ladakh was finally offered an Autonomous Hill Development Council as a compromise in 1995. Though the chairman and his executives councilors (ministers) had vast executive powers on paper, they often faced a frustrating situation with Srinagar.

Making Ladakh a Union Territory will help localise the Kashmir ‘issue’ to the Valley. The centre will be able to provide a better administration to the mountainous region. Ladakh borders both Pakistan and China, so this move will streamline the security and send a message to China: ‘India cares for Ladakh’. Ladakh has faced aggression both from Pakistan and China on both sides of the borders.

In October 1947, when ‘raiders’ from Pakistan began pouring into the Valley, looting and burning villages in their way, Ladakh was thought to be safe.But Pakistan decided to also 'liberate' their Buddhist brothers in Ladakh. The objectives of Operation Sledge, supposed to occupy the vast Ladakh plateau, were strategic and economic, the treasures of the Buddhist gompas (monasteries) being the great lure. The invaders were invited by the then Muslim population of Padam (Zanskar) and great looting took place, forcing many Buddhists to leave for Himachal Pradesh. The invaders were beaten back to the present day Line of Control (LoC).

In 1999, the Kargil war took place in Ladakh region.

Siachen, since 1984, has been a highly militarised zone with India maintaining control of the strategic reaches.

On the eastern side, 1954 onwards, China occupied the strategic territory of Aksai Chin by Building Highway 219 connecting Kashgar in Xinxiang to Lhasa in Tibet. In 1962, it occupied the Aksai chin territory and since then, Ladakh faces security challenges from the Indo China border.

In the prevailing security environment, Ladakh now has got place of prominence it deserves.

THE HEROES OF LADAKH

In February 1948, Brigadier S.P. Sen, the Brigade Commander in Srinagar got wind of the fact that more than 800 tribal Pathans were ready to enter Ladakh. The formidable Zoji-la pass was an uncrossable barrier between the Valley and Ladakh and there was no way to airlift reinforcements to Leh. Wheels other than the prayers wheels were unknown in Ladakh.

It was then that Captain Prithvi Chand, a young Buddhist officer from Lahaul, the Himalayan region beyond Manali and the Rothang Pass, offered his services. He told Sen that he was ready to cross Zoji-la with a small caravan of men and mules carrying arms and ammunitions. Though Buddhists and believers in ahimsa, they were ready to risk the bitterly cold weather and high altitude, to fight the raiders and defend their co-religionists in Ladakh. Nobody thought the mission feasible, but there was no other solution.

So, without the knowledge of army headquarters — which was reluctant to permit such a risky operation — the young captain crossed the pass with about 60 volunteers and reached Leh safely to prepare a ‘surprise’ for the raiders. 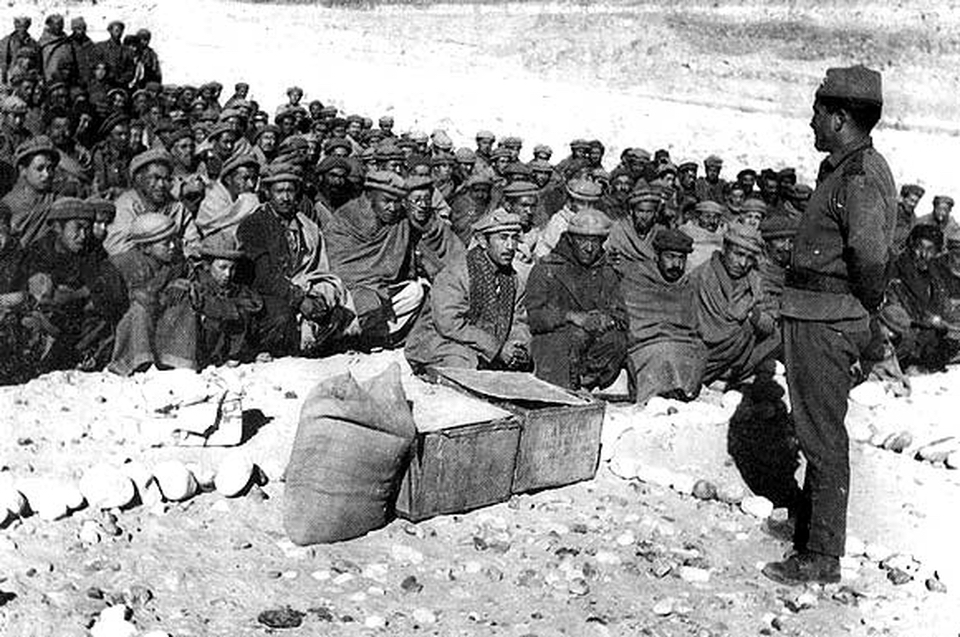 Colonel Chewwang Rinchen, who was twice awarded the Mahavir Chakra — first for having stopped the advance of raiders in the Nubra Valley in June 1948 and second for the bravery displayed in the Turtuk sector during the 1971 War. 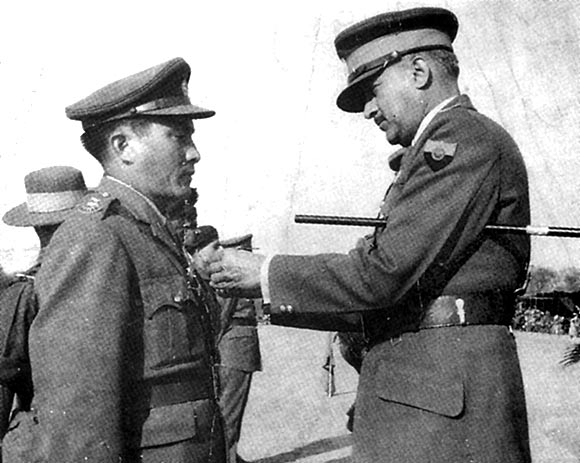 With the creation of Ladakh as a Union Territory, the Heroes will get their space in national spotlight .

Tourism will get a fillip as the Article 370, which impeded it, has been revoked. Negotiations with China to open the Demchok route for Kailash Mansarovar pilgrimage will go a long way in reviving tourism and as a CBM (confidence building measure ).

The question of Minsar, an Indian principality in Tibet ,which was a part of Ladakh and catered to Kailash Mansarovar, needs to be addressed.

To conclude, the Grant of Union Territory status to Ladakh is a game changing step. Ladakh has finally got its due after decades.