People of Muzaffarabad (PoJK) are fed up with Pakistan rule, because they realize that: 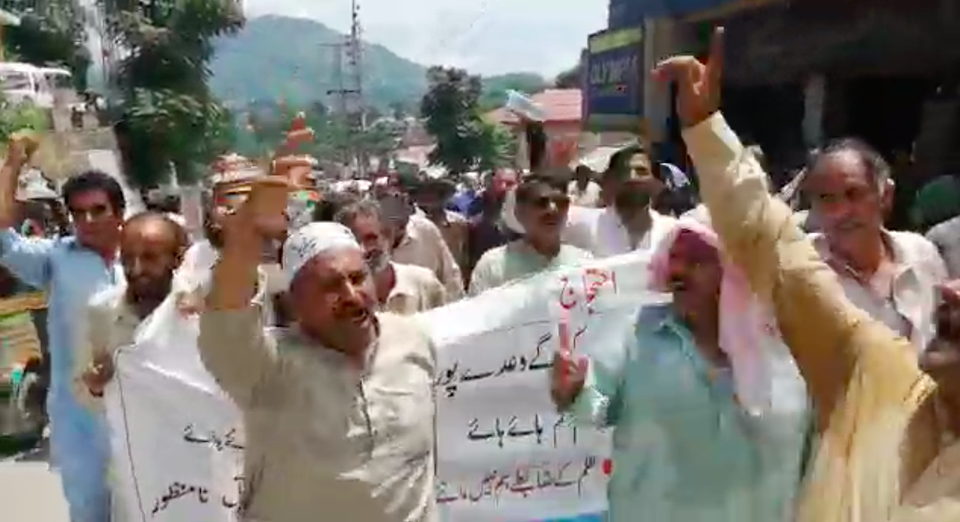 MUZAFFARABAD (PoJK): Thousands of people took to the streets of Muzaffarabad in Pakistan occupied Jammu Kashmir on Tuesday to protest against the Neelum-Jhelum hydropower plant and the construction of other dams in the region by Pakistan authorities.

PoJK residents have been suppressed for seven decades now, ever since the forcible occupation of the region in 1947. The people are not just denied basic rights but also forced to lead their lives on terms dictated by Islamabad. The people have started raising their voice against their exploitation, only to be ruthlessly suppressed by the Pakistan authorities.

In Tuesday’s protest, thousands participated by marching on the streets, chanting slogans and holding banners against the Mirpur-Muzaffarabad PM Raja Farooq Haider Khan for not meeting the needs of the people who have the first right over the water of their rivers.

People chanted slogans against Islamabad saying they do not accept the project. The project, they say, intends to serve the interests of other provinces, especially Punjab and not the people who have the first rights over the water of the river.

The water of the river has been diverted for the need of the project which has triggered a massive shortage of potable water in the region. People do not have enough water even for their household chores.

It’s not just a water issue. The people of the region have not been given a fair share of power generated from the plant. Reports also indicate that thousands have been rendered homeless because of the project.

The Neelum Jhelum hydropower plant became functional in August 2018 and has a capacity to produce around 1,500 MW of electricity. However, the region of PoJK which requires only 400MW-500MW for its need is not given adequate supply.

Pakistan’s materialistic agenda has not stopped here. Now it plans to build Kohala dam over river Jhelum which will further deteriorate the life of people living in the region.

MUZAFFARABAD UP IN ARMS

The protests over the building of dams have been going on for some months now. Just last month there were reports of over 60 demonstrators being arrested and manhandled by the police during a protest.

To denounce the police action on protesters in Muzaffarabad, the Kashmiri diaspora organized a massive protest outside the Pakistan High Commission in London on June 18. The protestors shouted slogans against Islamabad and Mirpur-Muzaffarabad PM Farooq Haider and President Masood Khan. 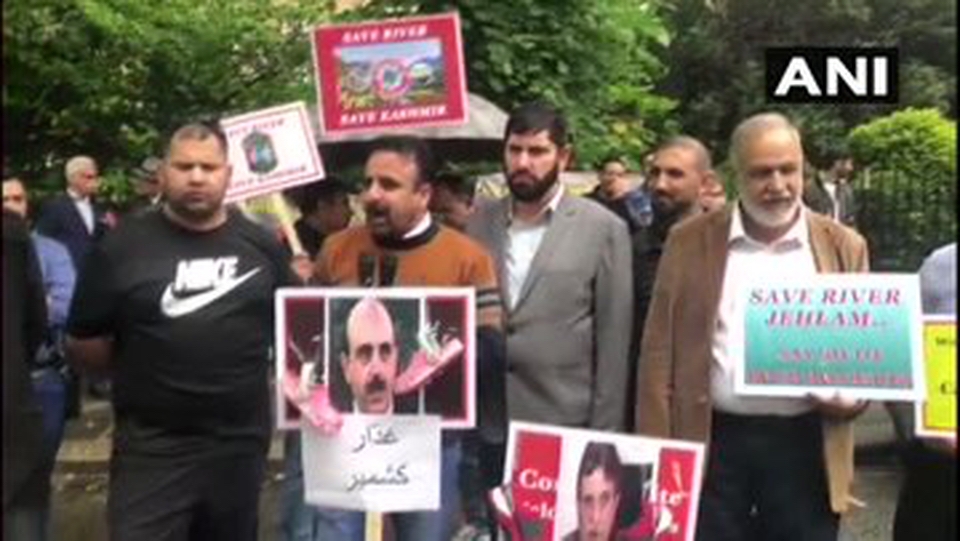 The UK diaspora from Muzaffarabad protesting outside the Pakistan High Commission in London on June 18.

The projects that were supposed to bring prosperity, have adversely affected the lives of the common people, with many of them forced to migrate to other places.

Earlier in April, hundreds of protesters had gathered outside Farooq Haider’s residence, making it impossible for him to leave his house and reach office. The people were then protesting the killing of a youth by the police.

In February this year, the region had witnessed large-scale protests, especially by the youth in Muzaffarabad city and other parts of PoJK against the Pakistan Army and spy agency, the Inter-Services Intelligence (ISI).

The Jammu Kashmir National Students Federation (JKNSF) had held a protest rally to condemn the Pakistan Army's brutal acts, including enforced disappearances and torture of political activists and students.

Unemployment, poverty, and lack of infrastructure remain a major concern for the people in these areas and whenever the indigenous people demand their rights, Pakistani security forces act brutally against them, they say.

‘Azadi’ slogans have become common in protests in these areas in the past few years – ‘azadi’ from Pakistan’s brutal administration and exploitation. Here is a video of one such protest last year.