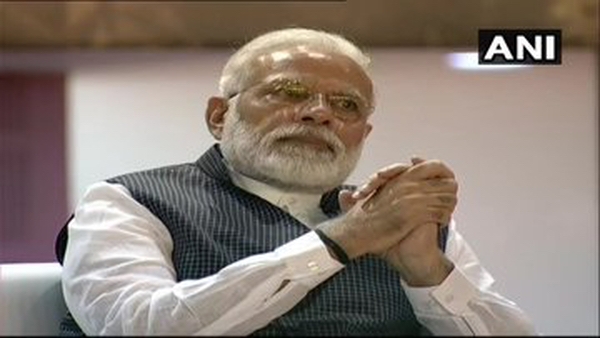 NEW DELHI: “India's security has been impregnable and will continue to remain so. We will not come under any pressure when it comes to national security," Prime Minister Narendra Modi said on Saturday while paying tribute to the soldiers who were killed in the line of duty in the 1999 Kargil war with Pakistan. The Kargil victory, he said, was a "symbol of India's might, determination and capability".

Twenty years on, the Kargil victory still inspires the whole country, the PM said. "Wars are fought not by governments but by the whole country... Kargil was the victory of every Indian," the PM said at a commemorative function in New Delhi's Indira Gandhi Indoor Stadium.

Recalling his visit to Kargil during the time of war, PM Modi said "I had gone to Kargil 20 years ago when war was at its peak, the enemy was playing its games sitting on high peaks. Death was staring in the face yet our jawans carrying the tricolor wanted to reach the valley before anyone."

The PM said development of a country is possible only if it is secure. Saying that modernization of defence forces was a key priority for his government, PM Modi said "Time has come for ensuring jointness among Army, Navy and Air Force."

Without naming Pakistan, the PM said some countries were resorting to proxy war to spread terrorism and that time has come for united global efforts to deal with it.

The prime minister said those who lost in war now use terror, pseudo-war to fulfil objectives. Pakistan had cheated on the matter of Kashmir in 1948, 1965, 1971 and 1999, but failed each time, he said.

"When Param Vir Chakra awardee, son of Himachal Pradesh, J&K Rifles Captain Vikram Batra had said, "yeh dil maange more", his heart wasn't asking for himself, not for a religion, a language or a caste but for the whole Bharat" the PM said.

SALUTE TO OUR SOLDIERS

Lance Naik Bachan Singh was one among the valiant heroes of the war. He was martyred on a mission to capture the Tololing peak during the Kargil War. On Saturday, Singh's son Lieutenant Hitesh Kumar, who joined his father's battalion in 2018, and the martyred officer's wife, were invited on stage to pay tribute to the martyred hero.

As mother-son duo walked on stage, Singh's wife Smt Kamesh Bala could not hold back her tears and her son stood in strong support with her.

PM Narendra Modi, who was sitting in the audience, got emotional on seeing the duo and his eyes welled up. 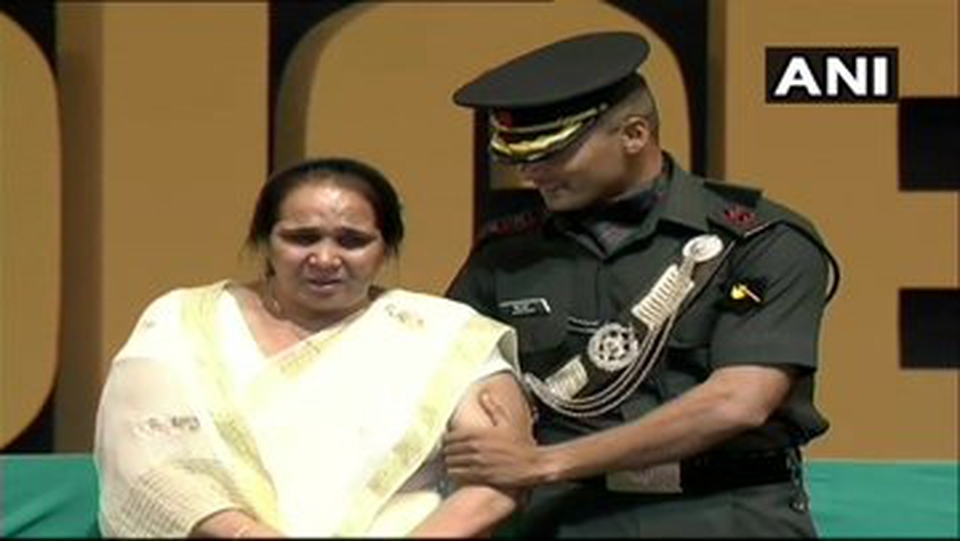 Kumar was merely six years old when his father died fighting the war. His dream was to become like his father and join the Army to serve his nation.

On June 9, 2018, exactly 19 years after his father died, the lieutenant passed out from the IMA with flying colours.

At the event, PM Modi also met GL Batra, the father of Param Vir Chakra awardee Captain Vikram Batra who had lost his life at Kargil.