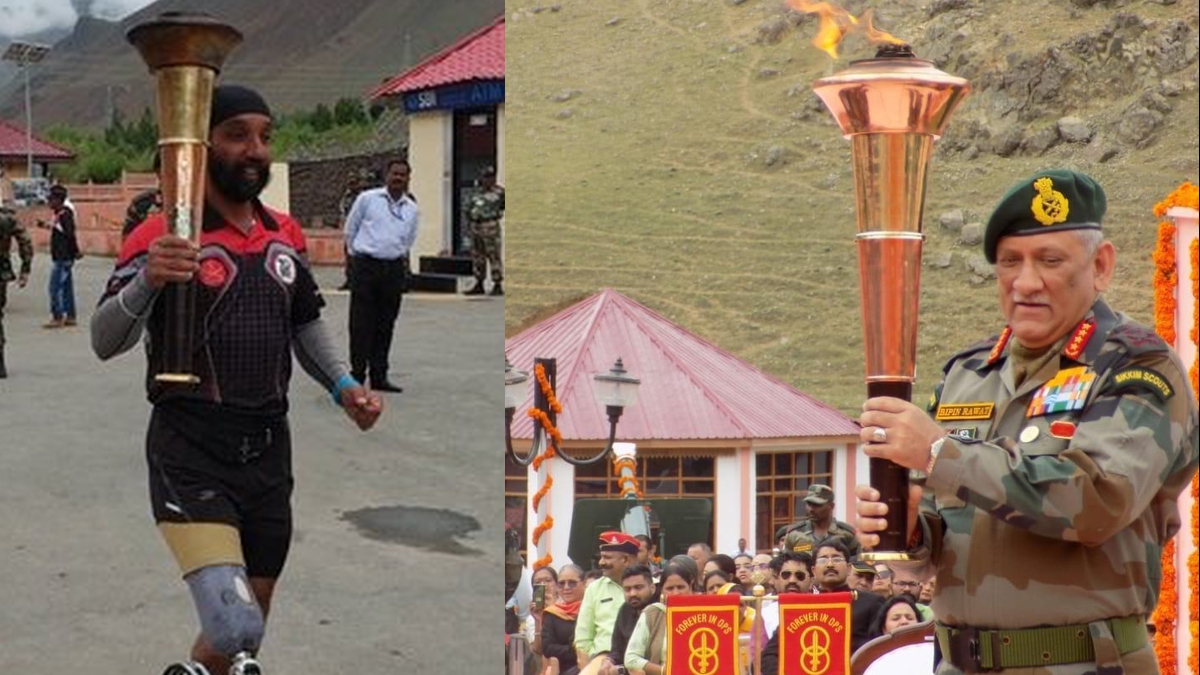 As the nation paid homage to the martyrs of Kargil war on a day fondly known as the ‘Kargil Vijay Diwas’, a war wounded veteran and Param Vir Chakra (PVC) awardee lived his proudest moment yet.

The ‘Victory Flame’, that had journeyed over 1000 km from New Delhi to Kargil, was carried in its last lap by Major D.P. Singh (retd) to the Kargil War Memorial at Drass in Jammu and Kashmir today.

Major D.P. Singh (retd) lost his right leg while being posted along the Line of Control during Operation Vijay. Today he ran the last leg of the Victory Flame’s journey along with retired soldiers and handed over the flame to PVC awardee Subedar Yogendra Yadav, from whom Army Chief General Bipin Rawat received it.

The celebration marked the gallant victory of the Indian Armed Forces who fought the Pakistani intruders between May-July 1999 in the Drass, Kargil & Batalik Sectors of Western Ladakh. On 26th July, India had officially declared victory over the enemy in a war fought at impossible heights of the majestic Himalayas. 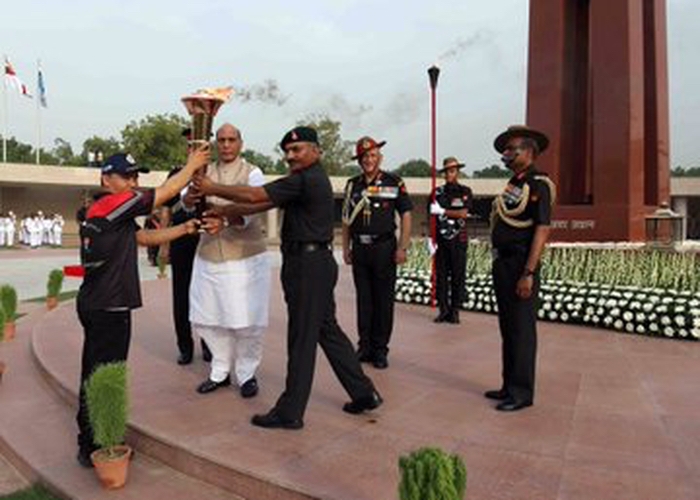 “The proudest moment today at Drass was to carry the Victory flame in memory of martyrs,” Major D.P. Singh tweeted later. Major Singh served in the 7th Battalion of the Dogra Regiment. Despite losing a leg, Major Singh participates in sports activities using a steel/aluminum cast leg.

All the three Service Chiefs took part in the Wreath Laying Ceremony at the iconic War Memorial in Drass on the occasion today.

Gen VP Malik (retd), Chief of Army Staff during the Kargil War, and several senior military and civilian dignitaries, Veterans and Veer Naris were also present on the occasion.

Various public events such as candle light marches etc were organised across India on the occasion. President Ram Nath Kovind, Prime Minister Narendra Modi led the nation in paying tributes to the soldiers who sacrificed their life and limb and ensured India’s victory in the Kargil War. 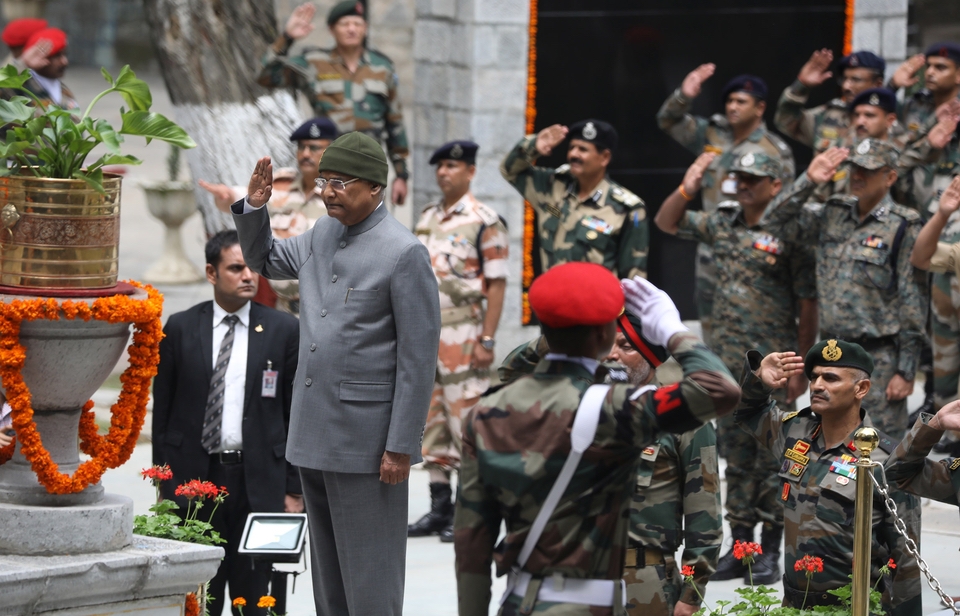 Prime Minister Narendra Modi also shared, on Twitter, photos of 1999 when he had visited Kargil during the war and interacted with soldiers.

The 20th anniversary of Operation VIJAY was celebrated across the nation with the theme of REMEMBER - REJOICE - RENEW. We ‘Remember’ our martyrs, by revisiting the sacrifices and instilling pride and respect among us, we ‘Rejoice’ by celebrating the victory in Kargil and we ‘Renew’ our resolve to safeguard the honour of the Tricolour.