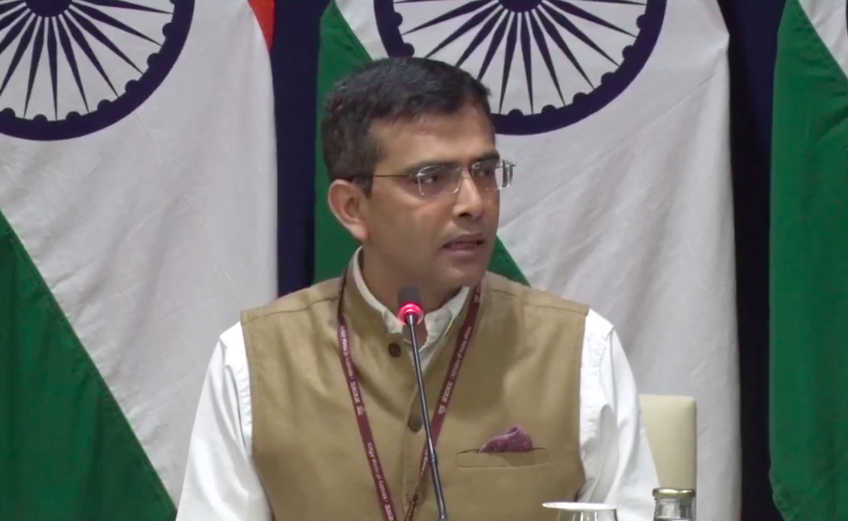 NEW DELHI: India on Thursday termed as "glaring admission.' Pakistan Prime Minister Imran Khan's comments that his country had 30,000 to 40,000 terrorists who fought in Kashmir and Afghanistan, and asked him to take "credible and irreversible" action against the terror networks.

External affairs ministry spokesperson Raveesh Kumar said it was not the first time that Pakistan and its leadership owned up to the presence of terrorists in that country who are sent to India to carry out attacks.

Addressing a think-tank in Washington on Tuesday. Khan said about 30,000 to 40,000 terrorists who had trained and fought in some part of Afghanistan or Kashmir" were in his country.

It is a glaring admission by the Pakistani leadership.... This is not the first time that Pakistan and Pakistani leadership owned up to the presence of terror training camps and terrorists in Pakistan.... It is also in public knowledge and international community knows about it," Kumar said.

He said as Khan acknowledged the presence of terrorist training camps in his country, it is time for them to take credible and irreversible action against the terror

They should make sure that the safe havens and sanctuaries in Pakistan should be neutralised. We feel that half-hearted measures to please the international community won't do," he added.

India and Afghanistan have been accusing Pakistan of providing safe haven to the Afghan Taliban, the Haqqani network, Jaish-e-Mohammed. Lashkar-e-Taiba and other militant groups.

Khan, who was on a three-day official visit to the US, also admitted to American lawmakers that successive governments in Pakistan did not tell the truth to the United States, in particular in the last 15 years, that there were 40 different militant groups operating in his country.

"Until we came into power, the governments did not have the political will, because when you talk about militant groups, we soil have about 30,000-40,000 armed people who have been trained and fought in some part of Afghanistan or Kashmir," Khan said at the US Institute of Peace.

"We are the first government that has started disarming militant groups. This is the first time it's happening. We've taken over their institutes, their seminaries. We have administrators there," said the leader of Pakistan Tehreek-e-Insaaf party which formed its first federal government in August last year.

India has been making diplomatic efforts to corner Pakistan on the issue of terrorism. It has not been engaging with Pakistan since early 2016 following a terror attack on the Indian Air Force base at Pathankot in January that year, maintaining that talks and terror cannot go together.