When India talks to Pak on Kashmir, issue of occupied areas will also come up: Rajnath 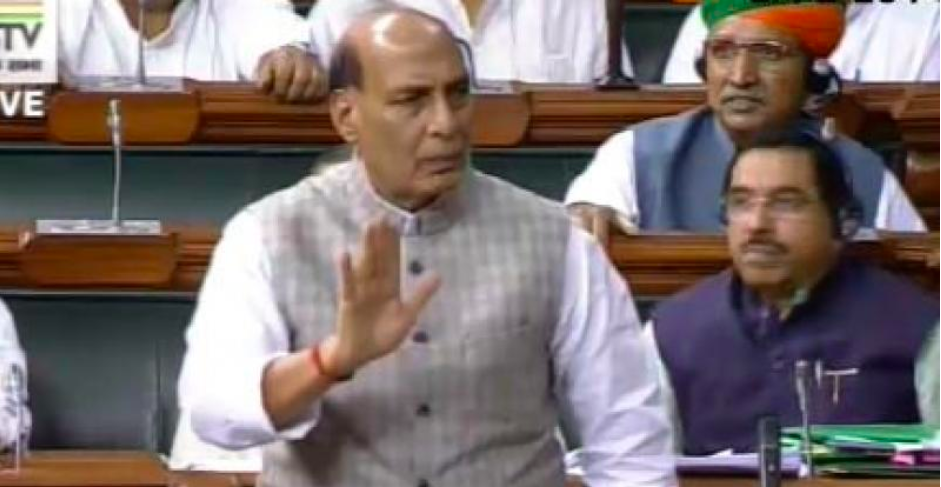 NV Newsdesk
NEW DELHI: When India talks to Pakistan, it will not be limited to the issue of Kashmir, but also include Pakistan-occupied Jammu Kashmir, Union Defence Minister Rajnath Singh said in Parliament today.

“Kashmir is an issue of national pride for us. We can never compromise with it... if there would be any talks with Pakistan over Kashmir, it will also include Pakistan-occupied Kashmir,” Singh said.

Rajnath Singh was speaking in Lok Sabha amid a walkout by the Opposition which has been demanding a statement from the prime minister on Trump’s recent statement on Kashmir. There was no discussion on Kashmir in the meeting between US President Donald Trump and Prime Minister Narendra Modi in Japan recently and there is no question of any mediation on the issue, Defence Minister reiterated on Wednesday.

US President Donald Trump had on Monday claimed that Prime Minister Modi had asked him to play the role of a mediator on Kashmir.