These lush green forest patches at Karnah with breezing winds offers a retreat for those who escape the heat wave in summers. Pic: The Legitimate
Source: The Legitimate

Last week, the fire brand Kashmir politician Er Rasheed staged a sit in at summer capital Srinagar along with dozens of other political activists. The sit in by the former legislature from Langate constituency was to press government to build an all weather by-pass for Karnah residents. The protest was led under the banner of People’s United Forum (PUF)-an amalgam of Jammu and Kashmir Political Movement led by young and fresh political leader Dr Shah Faisal (IAS) and Awami Itehad Party led by Er Rasheed. Both Faisal and Rasheed are aiming to open the third front from North Kashmir with Shah Faisal mulling to contest from Lolab Assembly constituency in upcoming Assembly elections.

The issue they have picked is also attracting the huge public support since on the other side of the Sadna top situated at an altitude of 3000 metres 60000 people are living in more than 60 villages. For over six months they remain cut off from the rest of world due to heavy snow fall and closure of the road at Sadna top. The administrative failure and the lack of political will by the successive regimes in providing the all weather tunnel to the area have extremely pushed people to the alienation evident from the protest march this year by hundreds of people towards the Line of Control after 10 people died in snow avalanche while crossing the treacherous Sadna top.

Strategically, the area is sharing its borders with Pakistan-occupied Jammu Kashmir and many villages in the area in 1947 got split after tribal’s invaded Kashmir with the strong backing of Pakistan army. From the defence point of view India is also struggling to maintain the all weather connectivity for its troop’s mobilization. But factually speaking there seems no priority for New Delhi to connect the border area despite China’s influence continuing on the other side in all spheres of life.

What has been eye sore for the people in this area, the Pakistan has built a two lane all weather macadamized road connectivity connecting the Neelum valley and other adjoining zero line villages with Muzafferabad. Interestingly, the road passes alongside the banks of Kishenganga river what is called Neelum on other side. This is seriously forcing the local populace on this side to repentance for being ignored.

“The reality is that all is not well on the other side. The development is not so significant but they have built the road connectivity for the people and ensured proper electricity to every house hold alongside the river which we can easily see from this side. It breaks our hearts since we remain confined to our homes for more than six months in winters,” said Ghulam Ud Din of Tetwal to The Legitimate.

Ghulam Ud Din maintains that his village is bereft of the all weather road connectivity; otherwise they have all the good facilities available in terms of education and health care.

“Majority of our demands are met by the Army stationed here. We use their transportation, health care facilities and other educational facilities set up for our children since administration has a minimum role here on ground. But the only demand we have is to ensure proper road connectivity.”

Interestingly, the 15 kilometres journey form Karnah main town to Tetwal is full of challenges given to non availability of road and mountainous track. In winters the drive on the road is absolutely dreadful and the Beacon which maintains this road stretch seems missing from the scene. “We have pleaded to the concerned authorities repeatedly for the repairing of this road but all in vein,” rues locals.

Karnah is a splendid mountainous region on the northern side of Kashmir in Kupwara district. It is a complete retreat in summers for hundreds and thousands of people who suffer with heat wave in the mainland India. Its unending hilly forest range, serpentine roads and colourful waterfalls is an unfolded secret of the region.

Karnah is relatively a peaceful place and have always reposed faith in the electoral politics. The militancy free area might be the only place in entire Kashmir zone where candidates for right wing BJP are campaigning freely.

In this militancy free zone dozens of houses in the area may catch your attention with unusual scenes of people hoisting Lotus flags of right wing Bhartiya Janta Party (BJP) on the roof top of their houses.

“We believe in democracy and the democracy is the battle of ideas,” says Mohammad Rafiq, a BJP leader from Karnah.

“We have trusted for a long time on traditional political dispensations. But they only exploited us and made their own fortunes. Time has come to change the guard and repose faith on those who are really sincere in addressing our issues of economy, development, health and education. BJP seems the better option,” he claims.

While BJP is working hard to set its footprints here, Er Rasheed and Peoples Conference led by Sajjad Gani Lone have seriously forayed in the erstwhile bastion of National Conference and PDP.

Not going by the traditional political understanding of Kashmiri people, the residents of Karnah are dominating their political campaigns with developmental issues. This is evident from the high school located at Karnah.

“I have not seen such a beautiful government school anywhere in Kashmir. Here they value education. The interiors of school are well maintained and the infrastructure is built in fine shape. It is not less than any other private educational institute,” said one of the tourists who managed to visit the area from Agra.

However, the administration in the past few years seems improving in the landlocked valley also.

“Over the past few years we have reduced the dependence of people on District development commissioner’s office located at Kupwara- some fifty kilometres far. The office of Sub District Magistrate is functional throughout the year and redresses almost all the issues of these people,” says SDM Karnah Dr Aliyas Ahmad.

“In fact the PRC is also issued here only for local residents. Alongside that we are also working in various capacities to ensure people get engaged in economic activities during winters.”

The land in Karnah is not much viable for the apple production and improper irrigation system is another reason for poor paddy cultivation. However, it has rich scope for the walnut production but the sector has not been capitalized fully to its potential.

Lacking the direct connectivity with the market and unnecessary intervention of agents and brokers has disappointed a lot the walnut growers. In presence of these hiccups locals believe that they are exploited and do not get the due return to their product.

Dr Aliyas seems familiar with the problem and claims that some processing units have been set up by government and engaged some educated youth.

“We are working on some projects related to walnut procession and packaging. They have been set up on pilot basis. Once we get satisfactory result, more people will be engaged in the sector.”

SDM further says that the region has a paucity of land for sustainable agrarian activities. He suggests that poultry and other homemade industrial set ups can turn the fortunes in favour of local residents. 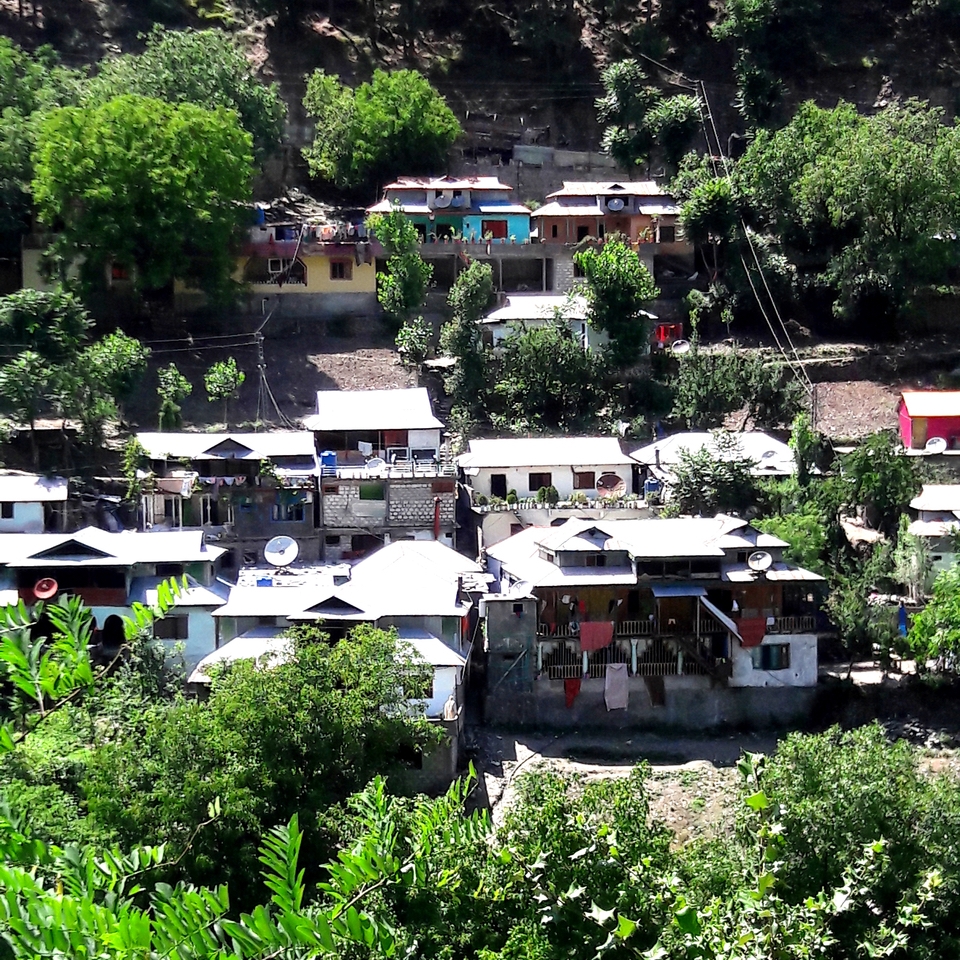 “Majority of people in winters for over six months have nothing to do. If we promote handicrafts and other associated activities in area, it will certainly boost their economy,” he said.

Karnah, however, has much more to offer. It has a peculiarity of being very close to LoC and people can easily watch the day to day activities on other side in Pakistan Occupied Kashmir.

“I think if we capitalize this opportunity and allow the border tourism in region; it will have a great scope. We shall encourage tourists to come and visit this place to enjoy the border life experience firsthand. Alongside they shall also be encouraged for home stay,” suggests Dr Aliyas.