We once again call upon Pakistan to release and repatriate Kulbhushan Jadhav. He is innocent of all charges leveled against him. S. Jaishankar, Foreign Minister of India 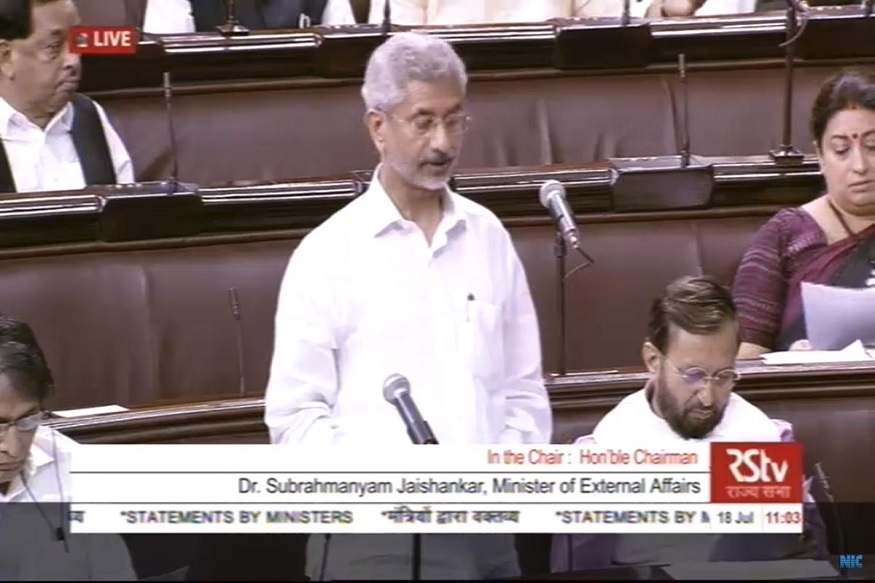 NEW DELHI: Addressing both Houses of Parliament today on the Kulbhushan Jadhav case, Foreign Minister S Jaishankar said the International Court of Justice verdict is "not only a vindication for India but all those who believe in the rule of law". The foreign minister also said the family of Kulbhushan Jadhav, a retired navy officer detained by Pakistan on charges of spying, has shown "exemplary courage".

Kulbhushan Jadhav, 49, was arrested by Pakistan in March 2016 and accused of espionage. A year later, he was sentenced to death by a Pakistani military court. India has rubbished all charged against him.

The world court on Wednesday ruled that Pakistan must review the death sentence of the retired navy officer and provide India consular access.

Denying India's request for access to Jadhav, Pakistan has repeatedly said New Delhi only wanted the information gathered by "its spy".