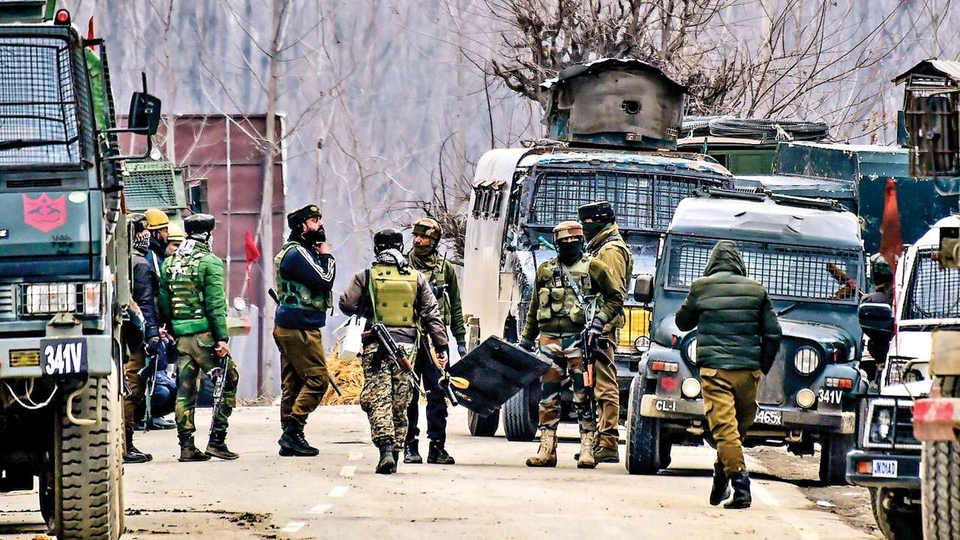 Security forces: Terror strikes are down in J&K so far this year, but the truth is that statistics is one of the most imprudent ways to judge situations in a proxy hybrid conflict. Pic source: PTI

It has happened in J&K a number of times in the past. The separatists backed by the deep state of Pakistan have often exploited a trigger event which brings a surge of emotion to the streets, enhanced Pakistan-sponsored infiltration, increased alienation due to the counteractions by the security forces (SF) and adoption of various new tactics to keep the Indian establishment on the back foot. It lasts for a cycle of three years or so after which the stamina runs out. The populace gets weary of bandhs and breaks in academic cycles of students. The success gained by the security forces curbs terror activities and even Pakistan takes a temporary break. In the past, I have often compared this to the erstwhile system of a rest day in the midst of a five-day Test. That is the situation we are probably once again facing in J&K today after three years of turbulence arising from the events of 2016 which commenced with the neutralisation of Burhan Wani on July 8, 2016. Almost all parameters involved in the assessment of security in J&K indicate a downturn. The Ministry of Home Affairs (MHA) has reported to Parliament that in the first six months of 2019 the situation in J&K has witnessed improvement with terror-related incidents seeing a 28% decline, infiltration reduced by 43%, local recruitment declined by 40% and neutralisation of terrorists increased by 22%. To a casual observer, this should be a time for celebration with the deduction that the back of the resistance and the support from Pakistan have both been effectively neutralised. To an experienced practitioner, it is time to analyse deeper to see what it will take to sustain the apparent stability achieved.

The truth is that numbers and statistics is one of the most imprudent ways to judge situations in a proxy hybrid conflict where four things actually sustain such a movement. First is the human resource element; the terrorists or those who have picked up the gun or been paid to do so. Both the infiltrated foreign (read Pakistani) terrorists and the locally recruited ones are the ones who perpetrate acts of violence and confrontation against the SF. Second is the plethora of financial networks and conduits without which no violent movement can sustain for long. The best way to understand this is by recalling how the Islamic State (IS) effectively survived as a physical entity for almost four years with the help of the finances available from the sale of oil from Mosul refinery and the initial looting of the Mosul treasury. Once Mosul fell and the money ran out the resistance caved in although IS continues to remain in networked existence without territory under its control. Without deep pockets, no terror-related separatist and anti-national movement can survive. Third is the network of overground workers (OGWs) who are the visible face as against the invisible face of the terrorists who act covertly; businessmen, government servants, lawyers, media personalities and even politicians. They provide the wherewithal to fuel the movement and in many cases are organised in a structured way dealing with propaganda, rabble-rousing and helping muster crowds. Many times I perceived the structures as well organised as those of the army, intelligence services or the police. The fourth aspect is ideology which fuels the mind, creates visions such as those of caliphate, increases alienation and helps create greater affinity with Pakistan. In the current case, the ideological intent of Pakistan and the separatists has been to dilute the middle path of Sufi belief and promote the more radical philosophy of organisations such as Ahle Hadith. Pluralist and middle path ideology of the Sufis is perceived as being closer to the Indian moderate approach and thus unsuited to promote alienation against the Indian state.

What is being statistically reported in Parliament is related to the first element above, the human resources. All the rest remains in the shadow or is below the surface. This is what is being often reported by television commentators as the 'ecosystem' of terror and separatism. This ecosystem finds ways of sustaining and growing even when there is a break from violence. It's the system one encounters every day if you live in Kashmir.

However, it's not something which can easily be targeted unless there is political consensus and more importantly convergence of interests between the Centre and the state. It's also the system through which Pakistan calibrates the situation. Without its local emissaries, its control can never be at levels it desires. It's the one thing many experienced hands of the Army often spoke of and reported but since it was outside their sphere of influence they could do nothing much about it. The aspect of deep-rooted financial networks may have been pointed out many a time. It's only about two years ago that finally the NIA was tasked to go after the illegal aspects of these networks. The NIA has no doubt done some excellent work but the system is just too deep-rooted and extremely well etched for it to be made ineffective so soon. The decision to go after the OGWs, target the financial and other networks and disallow the separatists the space to function by emasculating them has been the hallmark of the last six months too; it's just that it can hardly be statistically reported, especially when it is a work in progress. If the government wants a complete turnaround in the security situation to a relatively sustained period of peace and stability, this is the only route which will work.

While it is true that Pakistan is under immense international pressure and economically hamstrung, any presumption that it has taken a step back from its focused commitment on J&K may be incorrect. The deep state within Pakistan retains the capability to calibrate unless in the current window of time India can effectively neutralise the networks. While Pakistan continues to paint India red on the human rights front, it is also true that the freedom available within the Indian system has been fully exploited to corner us on the security front. Various personalities draw their salaries from the government and work against it flouting all rules which have been overlooked for long.

The large Kashmir media feels extremely peeved at being deprived of government advertising but has no qualms of rooting against the nation. India's commitment to democracy remains firm, but for a change, it is looking at going beyond just the neutralization of terrorists towards actually taking down all that lies behind and enables the terrorists and separatists to survive. Even though delayed for long, it is not too late provided it's a sustained effort to ensure that there is no reprieve. The one aspect most desirable for the success sought is political consensus and hopefully, this will be forthcoming. There will be enough time for politics; for now, let us get after all that sustains violence in J&K.

The author commanded the 15 Corps in J&K