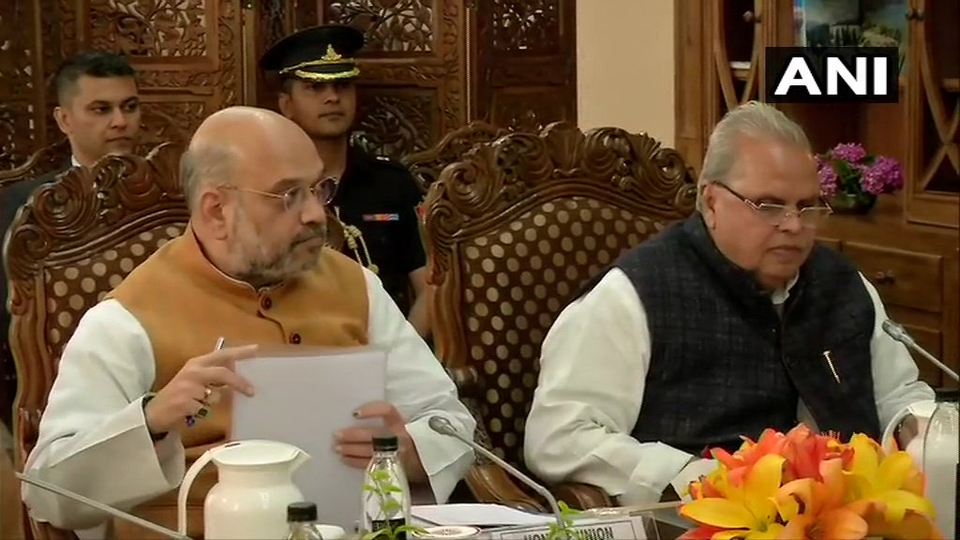 NEW DELHI: As part of a hard-nosed approach to curb local terror recruitment in Kashmir Valley and prevent infiltration in the Northeastern states, the Ministry of Home Affairs (MHA) has devised a step-by-step strategy aimed at systematically tackling the problems, news agency IANS has reported.

The tough Kashmir policy which has seen new focus since Amit Shah took over as Union Home Minister visualizes a clinical attack on the support bases of terror in the valley to bring about "irreversible change" by targeting, principally, the separatists and foreign networks, the report said.

The first target will remain the separatists and their funding networks, which have kept terror alive in the Valley and organized anti-India activities, the report quoted sources.

In keeping with this will be a focus on NGOs who have backed the stone-pelters. These are well-funded operations that have repeatedly tried to derail central government initiatives in trying to control terror networks in the valley. From involvement in such activity, stone-pelters move over to weaponised training.

The third target will be cross border terrorists who take advantage of border porosity to enter India.

There has been some success from the recent no-nonsense approach to terror which includes the Balakot strike on Pakistan-based terror camp. Reports have said that terror camps in Muzaffarabad have moved west, closer to the border with Afghanistan.

The relentless attack on terror bases and funding is expected to curb border incursions into India and cut off the oxygen supply to local terror networks.

The programme has become more intense with the realisation that terrorism, as the Pulwama attack showed, is homegrown even though backed and bankrolled by foreign sponsors. The Al Qaeda is becoming increasingly interested in the Kashmir issue and hardcore IS cadres have found their way into the valley.

Alongside the Kashmir issue, the Ministry of Home Affairs led by Amit Shah is keen on coming to grips with the trouble spots in the Northeast, the report said.

The policy follows a two-pronged strike plan: to limit ‘militancy’ and to reduce border traffic. For the latter measure, the government is emphatic that the National Register of Citizens (NRC) mechanism will play a part in removing the "illegals".

The government is keen to see results, which is the reason for the tough stance. There is routine stock-taking on the progress of the Centre's measures. Simultaneously, political forces are mobilized to ensure the success of the government's strategy in the two trouble spots.