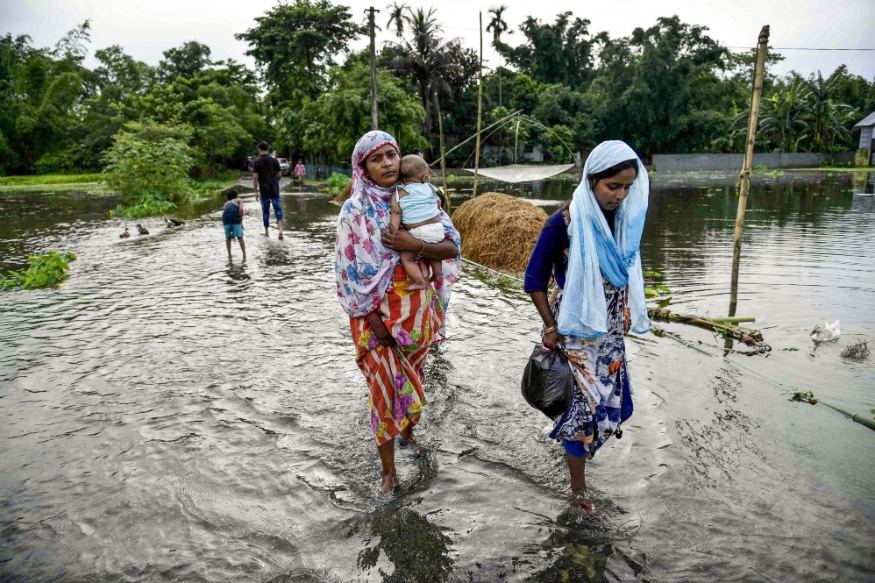 GUWAHATI: Assam is in the grip of a serious flood situation with over 15 lakh people affected across 25 districts in the state. At least six persons have died in related incidents and scores of houses destroyed.

Over 20,000 people have been shifted to 68 relief camps so far. Barpeta is the worst hit, with over five lakh people displaced.

The neighbouring states are also facing similar situation. In rain-related incidents in Arunachal Pradesh and Mizoram two persons each lost their lives. The total death toll so far in the region has climbed to 10.

The situation worsened on Saturday with heavy rainfall lashing the region, including neighbouring Meghalaya. More rainfall is expected in the next 48 hours.

Water levels of 10 rivers in the state, including the stretch of the Brahmaputra flowing through Guwahati, have crossed the danger mark. Round-the-clock control rooms have been set up to respond to calls for help.

Dhemaji and Lakhimpur in the tea-rich Upper Assam, and Bongaigaon and Barpeta in Lower Assam are the worst-hit districts. Barpeta is the worst-affected with over 85,000 people seeking shelter, said the Assam State Disaster Management Authority.

Over 27,000 hectares of farmland is also under flood waters and more than 7,000 people have been evacuated to 68 relief centres across the state.

Flood waters washed away a school building in Assam's Morigaon district on Thursday.

Barpeta in lower Assam is the most affected with over 3 lakh people marooned. Dhemaji and Lakhimpur in upper Assam, Darrang in central Assam, and Bongaigaon and Chirang in lower Assam are also facing the flood fury. Some of the other affected districts include Biswanath, Jorhat, , Nalbari, Majuli, Dibrugarh and Golaghat.

The Assam State Disaster Management Authority (ASDMA) said nearly 800 villages in 41 revenue circles are under water and about 2,000 marooned people have been put up in 53 relief camps and relief distribution centres. The Kaziranga National Park, the famed habitat of the Great Indian Rhino and a World Heritage site, has been affected too.

The Army, NDRF and SDRF have rescued 1,160 persons in the state since Thursday and have distributed 1,281.35 quintals of rice, dal, salt and 1,493.46 litres of mustard oil, besides tarpaulin, water pouch, sanitary napkins, baby food and other essential items.With rains continuing to inundate the state, the situation is likely to worsen, said the meteorological department. 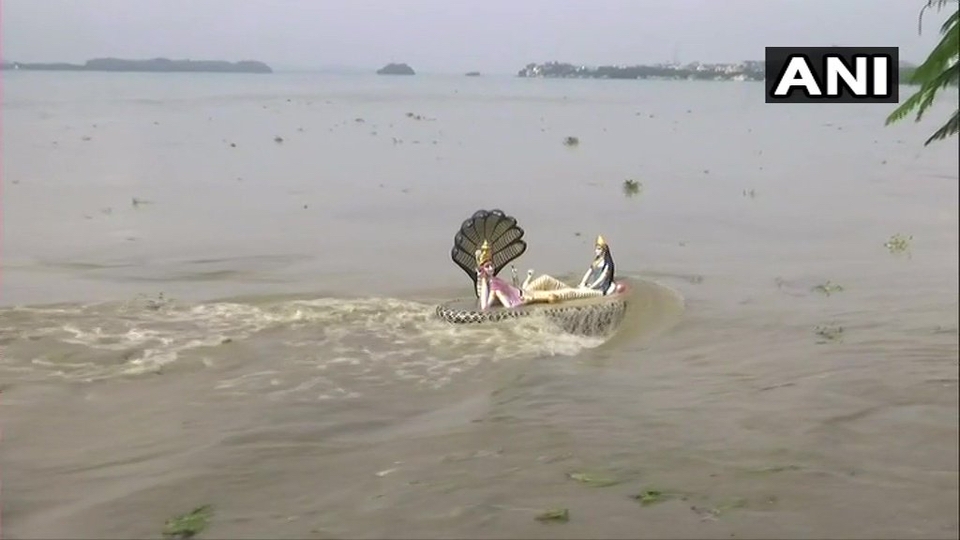 Meanwhile a statue of Lord Vishnu sitting on Sheshnag seems to be in danger near Chakreshwar temple in Kalipur. The statue is placed on a vertical pillar in the Brahmaputra river. In a picture released by news agency ANI, the statue seemed to be on the verge of submerging under flood water that is seen to have reached the feet of the statue on the pillar in the river