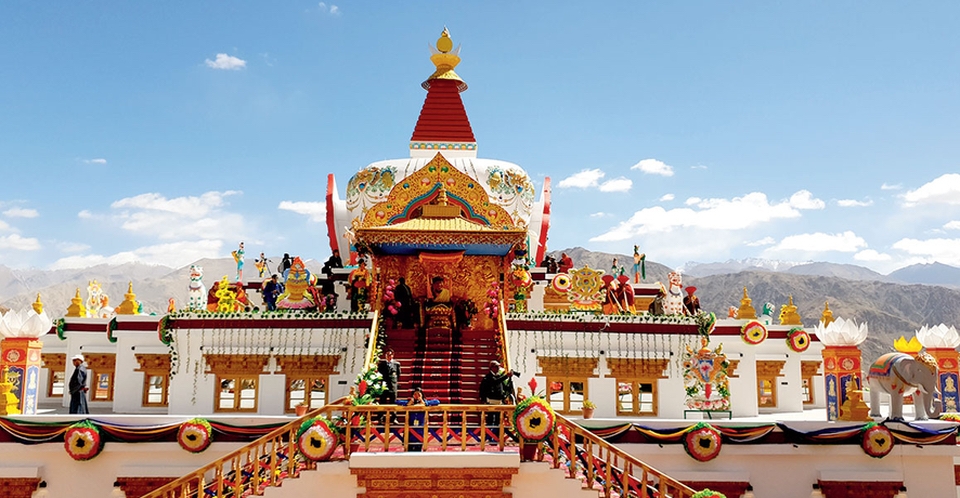 Ladakh may be a cold desert, but the people there are full of life and vibrancy. A riot of colours and deep seated spirituality go hand in hand during the festivals of Ladakh. Two such festivals are celebrated just before the onset of harsh winters.

Let's take a peek at the two major Ladakh festivals – Naropa and Losar.

Known as the Kumbh of the Himalayas, Naropa is a five-day festival celebrated from 16-20 September this year in the Hemis monastery. This festival offers “liberation through sight”, and provides a glimpse of Ladakh's rich Buddhist culture, costumes, dance and music.

Located in a valley 40 km from Leh, the Hemis Monastery is a treasure trove of beauty and Buddhist artefacts, with a museum tucked away in the basement.

More than half a million people from across the Himalayas gather in Ladakh every year to celebrate Naropa’s life. Likened to the “Kumbh Mela of Himalayas,” this month-long festival includes several rare cultural events that are believed to grant spiritual liberation upon sight. This includes the ceremonial unfurling of one of the greatest regional treasures – the largest silk embroidery of Buddha Amitabha (pic) that stretches several stories in height, a beloved devotional art piece that is only displayed to public during the Naropa festival.

The Naropa events bring together the largest assembly of Drukpa masters and include cultural performances by prominent Himalayan artists, representing the greater Drukpa

This year, Day 1 of the Festival saw the unveiling of Naropa’s crown ornament brought from Hemis monastery to Naro Photang, where the stage was set for various Ladakhi cultural events. The first day also saw the inauguration of the Naropa Fellowship, which aims to mobilise the youth from the Himalayan belt and train them into entrepreneurs.

The unfurling of the silk-embroidered brocade of Buddha, called the Thangka (the largest in Ladakh) amidst chanting by the monks, is a surreal moment, never to be forgotten. This became a part of the daily activities with the Thangka being unfurled every morning from 8 am to noon. The festival enjoys the patronage of Drukpas worldwide.

Naropa (1016 – 1100 CE), an Indian Scholar-Saint, heralded the beginning of a rich tradition in Buddhist philosophy. His legacy and lessons traversed the Himalayas and shaped the identity and culture of many people. His life is upheld as an example of determination, perseverance and endurance and his teachings of the Six Yogas of Naropa are one the fundamental pillars of Vajrayana Buddhist tradition. His legacy of experiential learning and active compassion helped civilization flourish far beyond its immediate Buddhist community and continues to have a lasting impact.

His life and teachings marked the beginning of a new era of Buddhism that continues to thrive in all corners of the Himalayas and the world.

Despite his worldly success, Naropa encountered Varja Yogini who appeared as an old ugly woman and humbled him by pointing out his spiritual misconceptions and urged him to find his destined guru, Tilopa. Under the tutelage of Tilopa, Naropa underwent twelve major and twelve lesser hardships to purify his karma, which also tested his determination. Each of these legendary hardships broke down Naropa’s misconceptions and furthered his understanding of the universe which ultimately led to the state of Varjradhara and Perfect Enlightenment. Upon receiving enlightenment, Naropa was offered the Six Bone Ornaments by Dakinis and flew into the sky.

The Losar festival marks the beginning of the New Year for the people of Ladakh. It is a rather important festival for them, and arrives two-months in advance in Ladakh according to the Tibetan calendar.

On the occasion of Losar, Buddhists make a religious offering before their deities in the domestic shrines or Gompas, after which they partake in a medley of cultural events, ancient rituals and also traditional performances.

It is an interesting time to visit Ladakh as you get to see the city smeared in colourful decoration, with fun activities like a good stage fight between good and the evil, the famous deer dance and battle between king and his ministers. 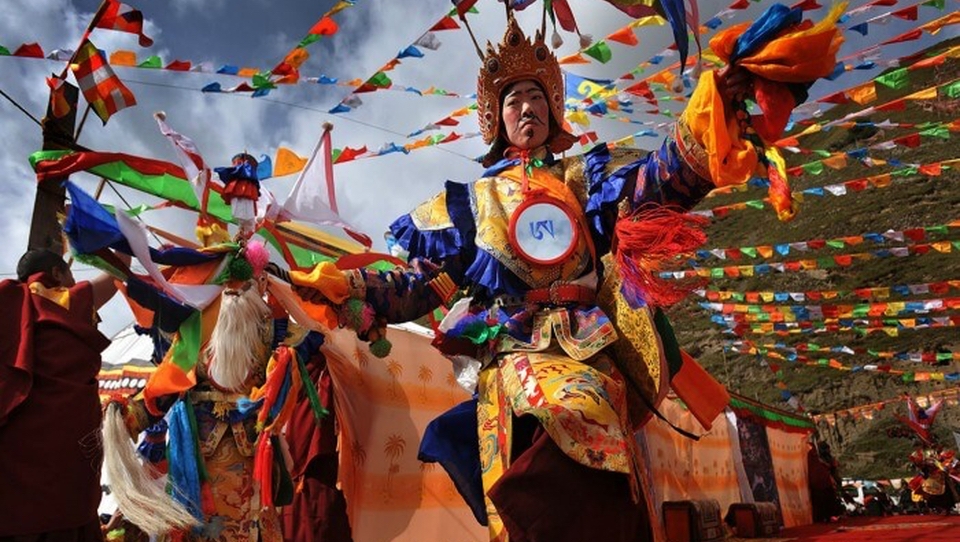 The highlight of the festival is the blaring music accompanied with dancing. In 2018, Losar was celebrated on 8 December in Ladakh.

The Losar Ladakh started as a tradition during the supremacy of the ninth king of Tibet – Pude Gungyal, but got established fully in early 17th century, when King Jamyang Namgyal decided to lead an excursion against the Balistan forces in winter and ended up celebrating the festival two months in advance. Since then, The Losar Festival is celebrated in the 11th month of Tibetan calendar which is two months ahead of Tibetan New Year.

It is important to note that the date for the festival differs in Tibet and other Tibetan societies.