Major Shashidharan Nair: A hero in love and war 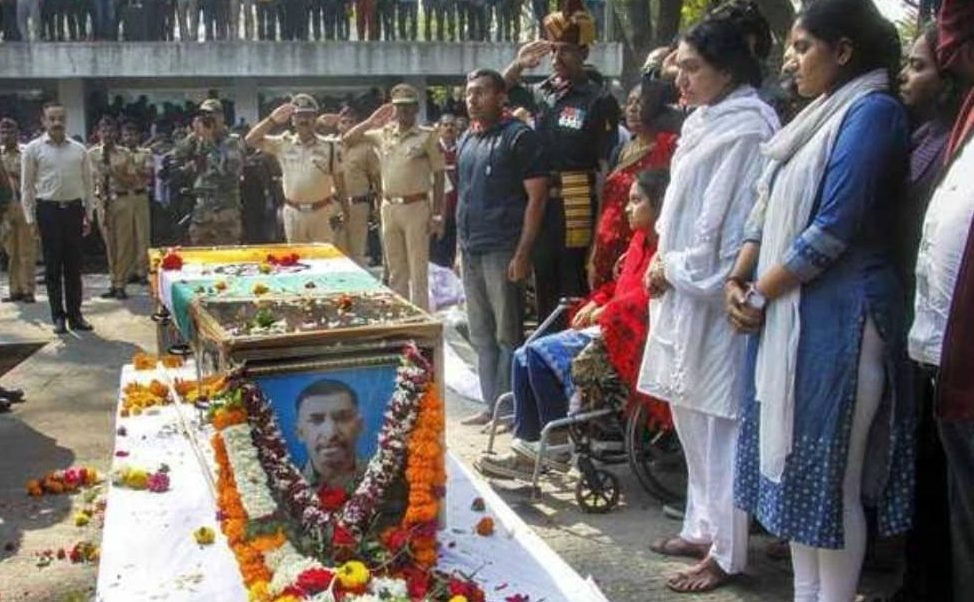 This soldier was a superhero in more ways than one. A man of unmoving commitment to his nation, and his loved ones.

Major Shashidharan Nair’s unit was deployed in Rajouri district of J&K and was manning the forward posts in Nowshera sector along the LoC. The Nowshera sector often witnesses ceasefire violations and infiltration attempts by terrorists from across the border. The infiltration bids are invariably accompanied by artillery shelling and increased activity by the Border Action Team (BAT) of Pakistani forces.

In another such attempt by the BAT, an IED (improvised explosive device) was planted in the foot track along the LoC to target soldiers patrolling the Laam area in Nowshera sector. On 11 Jan 2019, one Junior Commissioned Officer and two more soldiers were injured in the IED blast. Following the blast, a massive search operation was launched under the leadership of Maj. Shashidharan Nair. Around 3 p.m., when Maj. Shashidharan Nair was leading the search team, they were hit by another IED blast. Maj. Shashidharan Nair and his comrade Rifleman Jiwan Gurung got critically injured and later succumbed to their injuries.

When media went to cover Maj. Nair’s last rites, they discovered something about the young martyr that they couldn’t help but share with the world.

Major Shashidharan Nair had married his sweetheart Trupti against the advice of some of his friends and family.

On 13 January, at the National War Memorial in Pune, as a huge crowd of mourners turned up to pay tribute to the young martyr, there sat, on a wheelchair, a solitary woman who had suffered the greatest loss of them all — his wife Trupti. 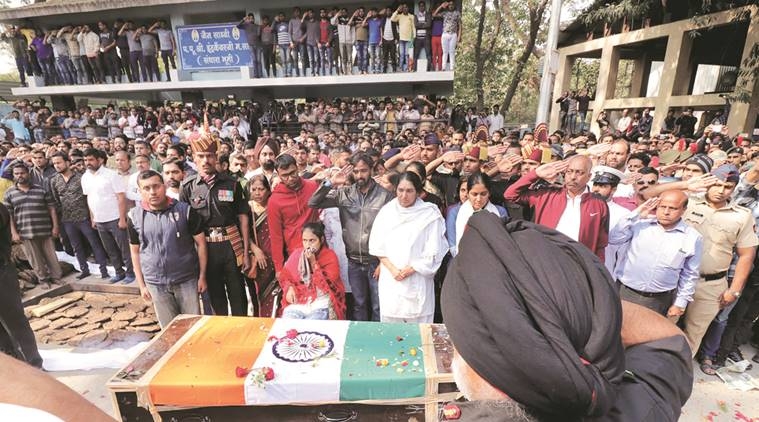 The love story of Trupti and Shashidharan, as Major Nair was fondly called, was legendary among their peers. It was first put out by Lt.Col. Sandeep Ahlawat on his Facebook page, and the post went viral.

Nair, a Fergusson College alumnus who grew up near the National Defence Academy in Khadakwasla, was passionate about the armed forces. It is said that as a young NCC cadet, all he ever wanted to do was join the Army.

But once he had made it to the Army, he found the other love of his life, Trupti. Shashidharan was a 27-year-old Captain when he met Trupti, a 26-year-old Master of Computer Application, through mutual friends six years ago.

“It was love at first sight”, a report quoted the wife of one of Major Nair’s course-mates. Within six months, they were engaged.

Eight months into their engagement, Trupti was diagnosed with multiple arteriosclerosis, which reduced her movements and put her in a wheelchair. Some of his friends and colleagues advised Major Nair to call off the engagement, but he refused and went ahead with the wedding.

Soon after, Trupti suffered another stroke that left her paralysed below the waist. But the young couple made it a point that they would party together whenever possible.

“They were like any normal couple, laughing, joking and not once did Shashi have a look of sympathy on his face. In fact, he carried his wife to almost all parties and social gatherings,” an Indian Express report quoted a friend.

“It was those moments which really surprised us. I thought this sort of love story is only for books, but Shashidharan proved that true love still exists,” a soldier who knew Major Nair said.

Just 10 days before he was killed, Major Nair had been on a month-long leave with his family. While leaving, he had tried to allay Trupti’s fears about being posted in Kashmir, promising her that he would be back. But it was not to be.

Maj. Nair led a tough life right from his young and carefree days when his father passed away during the second year of graduation. During his college days, he would cycle 20 km every Sunday, sharp at 6 a.m. to reach Fergusson College to attend NCC classes and physical drills. A member of the National Cadet Corps (NCC), he was very punctual about all his drills and never missed a class. He was a fitness enthusiast and would quickly master every physical exercise, given to him. He would not only motivate his fellows to maintain physical fitness but encourage them to excel in academics as well.

Life for his mother, wife and sister will never be the same again. The nation has lost a superhero. Salute to braveheart.