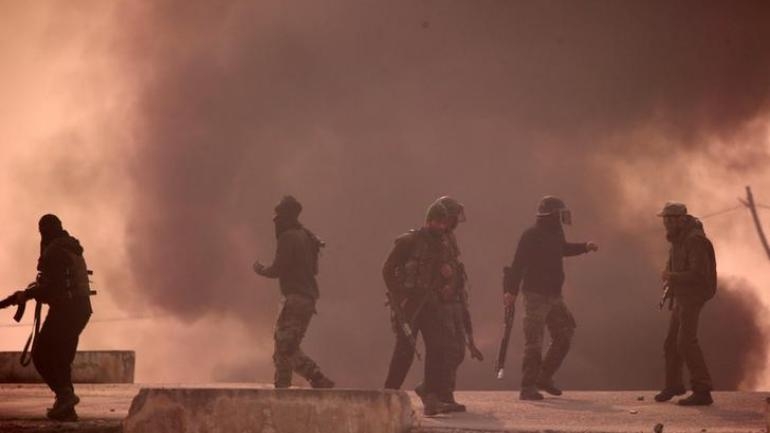 SRINAGAR: A day after, two terrorists were killed in Kulgam, protesters clashed with security forces Sunday during the funeral of one of the terrorist in Jammu and Kashmir’s Shopian district.

Mehbooba said in a statement: “Reports of aerial firing ... are very unfortunate and disturbing. Such interference in the religious affairs is undesirable and may backfire, leading to further anger and alienation.” “Use of brutal force on the martyr’s funeral is not only un-Islamic and undemocratic but contrary to human values,” tweeted Umer.

Meanwhile, police revealed that Zeenat was carrying a ~12 lakh reward on his head. Zeenat had a “long history of terror crimes” since 2006. It added he was earlier affiliated with the Hizbul Mujahideen. Zeenat allegedly helped terrorists as an over ground worker before his arrest in 2008. He got married upon his release in 2010 before joining LeT in 2015. He then switched to the HM. Zeenat is believed to have been behind a 2017 ambush in which three soldiers were killed.