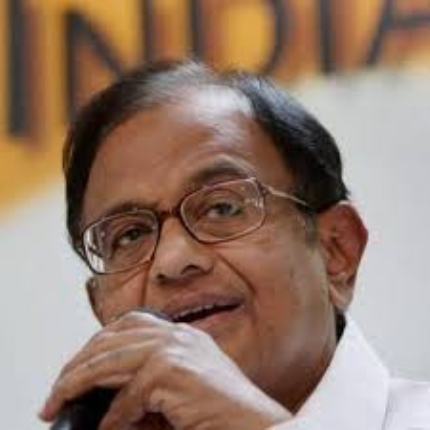 The CBI filed a supplementary chargesheet in the case in the Patiala House court on Thursday. A month ago the Enforcement Directorate had submitted its chargesheet.

The CBI has accused Chidambaram of abuse of power, alleging that he flouted norms to grant Foreign Investment Promotion Board (FIPB) clearance to firm M/S Global Communication Holding Services Ltd for investment in Aircel.

The court will take cognizance of the chargesheet on July 31.

This is the first time the senior Congress leader has been directly accused in the case. The ED had also named him at several places in its chargesheet but had not named him as an accused.

Apart from Chidambaram and his son, the CBI has named nine public servants as well as officials of Aircel Maxis.

According to the CBI, Mauritius-based Global Communication Services Holdings - a subsidiary of Maxis - sought approval for an investment of US dollars 800 million in telecom firm Aircel.

The CBI alleged that after the approval was received, Aircel Televentures Limited paid Rs 26 lakh to a company linked to Karti Chidambaram. In September last year, the ED had attached assets worth Rs 1.16 crore belonging to him and a firm allegedly linked to him in connection with this case.

Chidambaram has denied all the charges. He is already protected from arrest by the court till August 7, as the court extended his anticipatory bail for the third time a few days ago. Chidambaram termed the case against him a witch-hunt and a mixture of conjecture and falsehoods.